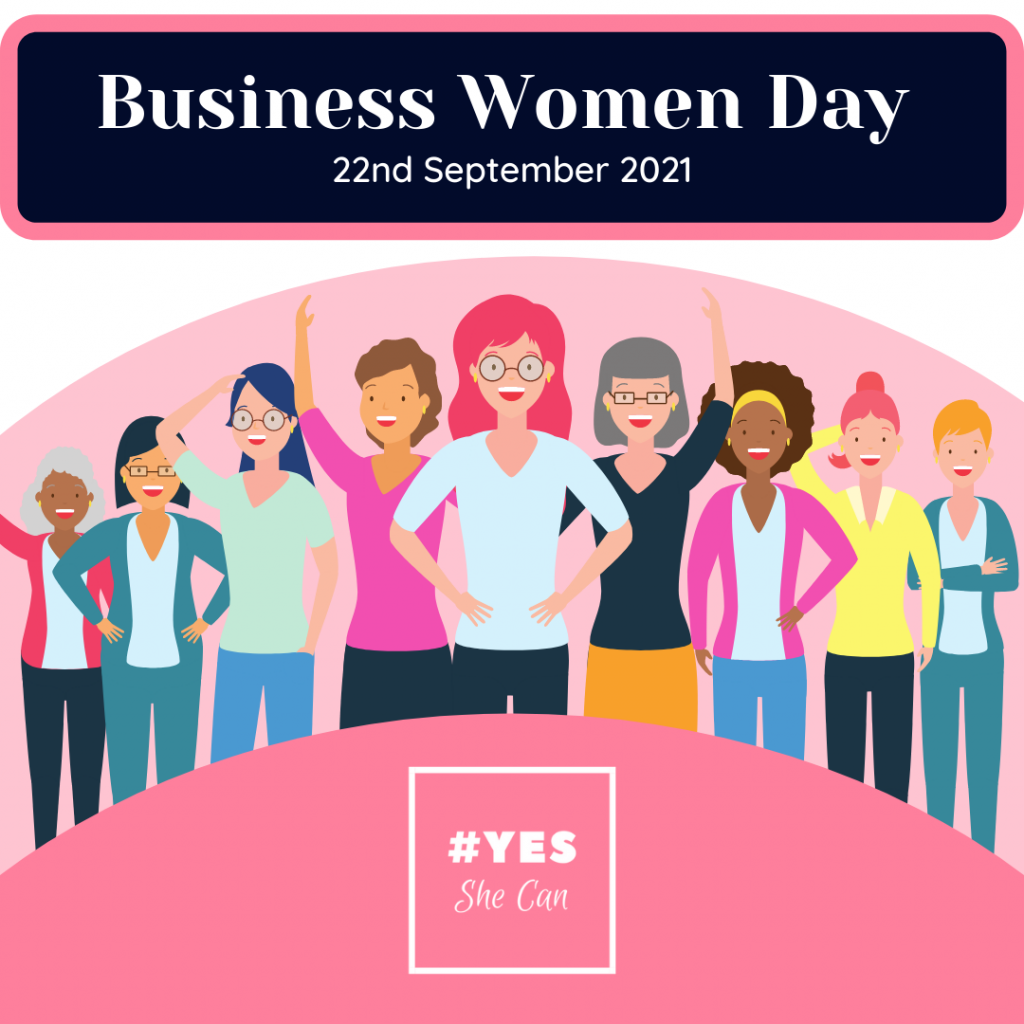 Business Women’s Day is about recognising the role that women play in business.

It’s undeniable that there still is an unequal footing when it comes to the world of work (e.g. the gender pay gap, certain roles favouring one gender over the other) but, we should be celebrating the incredible strides that have been made by so many business women.

So, c’mon! Let’s get to celebrating these achievements!

Why should I support this?

Gender equality is important, not only because women deserve to be treated in the same way as men when it comes to opportunities and job roles in different industries but because there is also a significant difference when looking at what would happen to the economy the more the gender gap closed.

Research suggests that women owned businesses provide great benefits to the community around it and, is more likely to prosper compared with other communities where this is not the case. In fact, the opposite happens, which results in the loss of economical gains or improvements.

How can I support this?

There are multiple ways you can show your support, whether you simply make a purchase from a business owned by a woman or, show it through professional actions such as considering more female candidates for job roles. Here are a few other ideas…

If you have been working in a particular field for a significant amount of time now, chances are, you will likely have a fount of knowledge that many other women would be interested to hear about. You may not consider yourself a ‘pro’ but, just think for a moment about how much you knew when you first started and how much you know now. Unless you’ve been hiding under a rock, you will have information that other women keen to work in the same industry would really benefit from hearing and learning about. This could be done on a 1-2-1 basis or at an event or visiting a university class as a guest speaker.

You’ve already made a start by reading this article! If you want to join a group, such as YesSheCan or another professional women’s group, this shows you support the work of other women and want more people to know about it. Being a part of something like this allows you to branch out and network with other like-minded women which in turn can open the door for new opportunities and experiences in your career.

One of the easiest ways to show support is through online platforms. If you see someone has recently gotten a promotion or hit 1000 followers on their page, or is just a new start-up company looking to gee their business out there then say something about it online! Acknowledging accomplishments may seem like nothing but, by liking or sharing you are also spreading the word about their business, which then will help them to become known to more people and therefore increase their followers resulting in a higher chance of purchases and profit.

Breaking into a male dominated industry

Starting a new role is daunting enough for some people, but when you feel like you’re the odd one out simply because of your gender, it can be just that bit harder.

A study from Cornell University found women in male-dominated careers face challenges such as:

So, here are some top tips for combating this:

Even if it feels like you’re a fish in a male-dominated pond, just like any workplace, there will always be colleagues who want to befriend you.

Find a male ally (e.g. someone who listens to you or other female colleagues in a meeting, praises you for your work or speaks up if they witness gender bias taking place) and use this to your advantage. Being friends with someone that someone else within the same environment is also friends with can cut down the awkwardness of introducing yourself on your own and can build bridges far quicker.

Speak with your boss

You could do this either in passing or arrange a particular time to meet up and discuss any concerns you have. Why not buy a coffee for you both and bring it along into the meeting? Starts you off on good terms—the happier someone is around you, the more likely they are to respect you and so are more likely to listen. Then use this time to let your boss know what you’d like to work on and any other issues you may have.

Note: Don’t make the coffee a regular thing— unless you are your boss’ assistant, you shouldn’t have to do this in order for them to listen. It’s just a nice, one time, gesture.

Join a union and know where to go for HR

Sadly, there will be male colleagues who still see you as ‘just’ a woman. But, don’t let one bad seed ruin your experience. If you feel you’re ever being harassed or being asked to do something for your job that you either feel uncomfortable with or feel you’re being asked to do it simply because you’re female then speak up! If you’re still met with resistance then it’s time to seek HR or contact your union rep. Gender inequality is not right but it still happens—luckily, there are people who can help with workplace issues.