Coming Out As A Politician 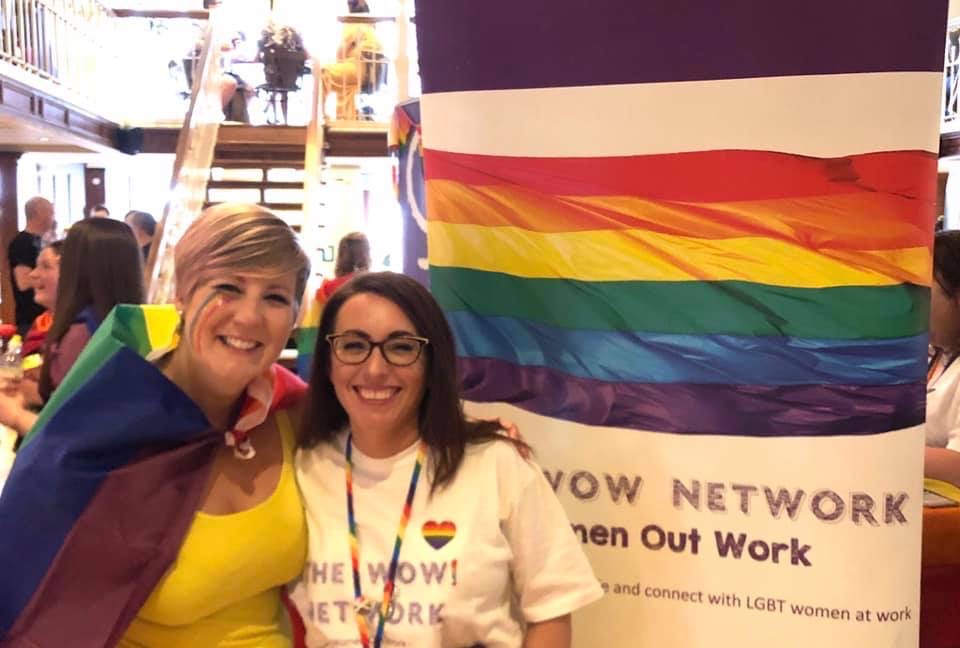 In this guest post, one of our Patrons, MP Hannah Bardell talks about her journey coming out as gay, and how it has affected her both politically and personally.

Just over a year ago I took part in an historic photograph with other LGBT MPs and members of the House of Lords. It highlighted to the country and the world how many members there are of the two Houses that identify as LGBT. As of the 2017 General election there are 45.

Before I took the step to make any public comment about my sexuality I thought long and hard about whether, given how far we’ve come in terms of LGBT rights, there was a need for me to speak openly about my sexuality. I sought lots of advice from many places, some felt there wasn’t a need to comment and it was nobody’s else’s business, whist others felt it was really important that as an elected representative I spoke out. Ultimately though, I had to accept that as a female MP and a member of the LGBT community I am a role model. I also contemplated how I felt growing up having very few role models who were openly gay and for the sake of my younger self I felt it was important to speak out.

In many ways my journey to accepting my sexuality was hampered by the very heteronormative society I grew up in. It’s taken me much time and contemplation to understand why it took me so long to come out and to come to terms with my sexuality. For me it was a source of deep anxiety that I couldn’t understand or comprehend for many years. I persistently and doggedly rejected who I was for a long time and whilst I can reflect now on how happy and content I am, the anxiety I suffered for many years does have occasion to creep in when I least expect it. At least now I can identify the triggers and control it, but for a very long time that deep sense of not living the life I wanted to and being who I really am, was something I kept well hidden as I presented as a happy-go-lucky heterosexual woman.

My family was a very safe place and my mum has many gay friends whom I grew up knowing. Both my brother and I were brought up being told: “Whoever you are and whatever you want to be, you’ll be loved.” I guess because of some of the connotations associated with being gay that were permeated in the society growing up I felt in some way I would be letting my family down, oh how wrong I was!

I grew up in a single parent family with a very loving and supportive mother, but it was a time when kids got sent home with a family tree to fill in, that included a branch for your mum’s side and a branch for your dad’s. I still remember my mother’s rage and visiting our school to explain why this kind of thing was really inappropriate. For those of us with absent fathers it only compounded the alienation. And so therein lies the heart of the issue for me. I already felt alienated from ‘normal’ society. Being gay would have just been another thing that made me ‘different’ – every teenager’s worse nightmare.

I often reflect and think how few gay role models there were for me growing up, on reflection I realise there were actually one or two, but in my fear of being different I rejected any association or exploration of LGBT culture.

Ultimately, it was standing for election and becoming a politician that tipped the balance for me. I realised that I could not, in all conscience, be an authentic politician if I wasn’t honest with myself about who I really was. However, coming out also nearly stopped me from standing for election. I was simply terrified what would befall me if I had to come out publicly. I grossly underestimated how far LGBT rights and perceptions of LGBT people had come.

After I had indicated I would stand for selection to be an SNP MP, I actually pulled out of candidacy, fear and anxiety gripped me and I cited ‘personal reasons’ to the party. Then I got a call from my former boss and friend Alex Salmond. Whilst I didn’t give him the details of my personal issues I explained I was in a bad place. It’s safe to say his persuasive nature and offer of help and support with whatever issues I had were key in changing my mind. I’ll be forever indebted to him, immeasurably so. When I did finally come out publicly (some 10 months after I told my family and friends) he, like all of my friends and colleagues, was there to give support and advice.

In the programme for the BBC’s Victoria Derbyshire I heard the coming out stories of politicians from across the political spectrum. From the first MP to come out in 1984, Chris Smith, to the first Tory MP Sir Alan Duncan, Labour MSP Kezia Dugdale who only publicly came out last year, and my colleague and friend Joanna Cherry QC, who was put off standing for election because of the treatment she saw of previous LGBT candidates.

In many ways these experiences mirror society’s changing attitudes to LGBT rights, but we must be mindful of the work that still needs to be done across our communities, our country and around the world. We cannot simply stand still on equality.