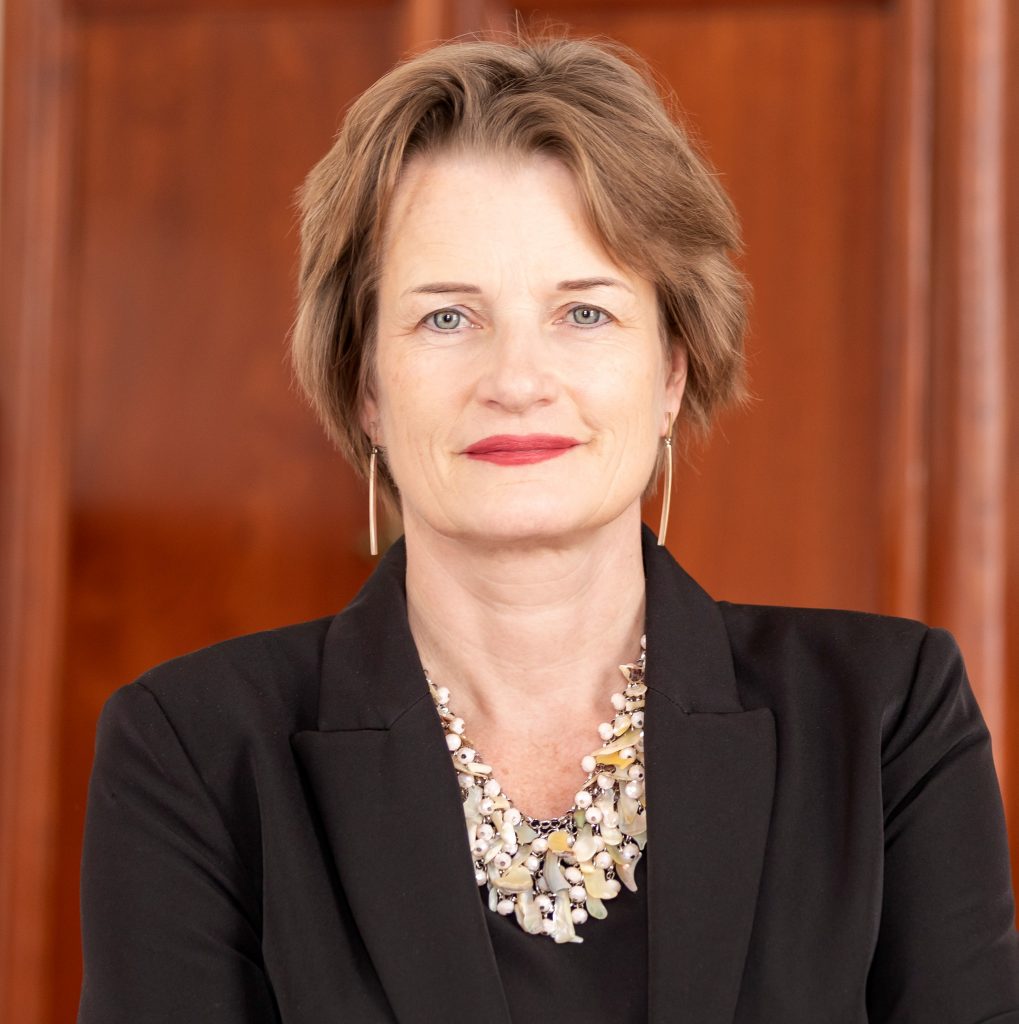 I have interviewed more than 150 Top Executives about humility and leadership – amongst them more than 40 women. They spoke about their take on humility as well as their experiences with it and I want to share some of their impressive stories in this blog.

A short excursion on what humility in leadership is. Or first of all what it is not. It is NOT hiding your light under the bushel. It is NOT being overmodest. It is NOT avoiding conflicts.

Instead, it is about:

Researchers (including myself) have demonstrated in hundreds of studies with more than 35.000 managers and employees that managers who live up to these four elements create a more motivated and better workforce, run more profitable companies and are themselves seen as more capable. In fact, there are more than a dozen positive effects that a humble manager has on employees, the company and him – or herself.

Want some examples for humility?

Well to start off with – how about this real case?

Sarah wants to be promoted. Her boss is known to be quite a hard nut to crack. In the interview he says: “Now, I know all about your strengths. So please tell me about your learning fields in the new position.”

And – is not promoted.

Why? Was she not humble? Did she not submit to the situation, appreciate the question and react promptly? Yet, if you look at it more clearly, there was actually no humility there – instead a failure to truly take responsibility for herself. And for the brain of the other party. Who on earth can promote someone who spends twenty minutes talking about what she cannot yet do? Could you?

What would a humble response have been like? One that takes ownership of fact that Sarah obviously believes herself to be right for the higher position. And therefore, has her show her strengths clearly and unequivocally. Something like the following would have been a good and humble option:

“Thank you for mentioning my strengths. Which three of the ones that I listed in my application are the most relevant for the next position in your view?”

Then her boss would have had to recall them and be much more likely to see Sarah as a strong potential leader.

And what about the nearly impudent phrase “learning fields”? She could have said:

“Well, learning fields sound like huge rape fields along the motorway. I do not have those. I have learning points like the ones I mastered in my current job.”

So, you immediately see that humility is harder than initially thought. Not the no-brainer that it first looks like when you read the definition.

Therefore, it is not surprising that worldwide approx. 80 percent of managers in a self-assessment think of themselves as humble yet only 36 percent of employees agree. Which means that 64 percent of employees fail to see their managers own up to mistakes or show strengths, 64 percent do not feel appreciated, do not see the manager as willing to learn or as understanding the he/she is only a smallpart of a larger picture.

Is this lack of humility given or can people learn to become humbler? Well, my experience in the classroom as well as in conversation shows that it is relatively easy to open people’s eyes to the stumbling blocks on the way of humility. (By the way, there are about 10 that everyone should know about) And then it is daily practice to keep the ego-free view from the balcony alive and kicking!

This acronym may be a useful reminder for what humility is all about:

H umble are leaders who

B elieve in openness and learning

L ook to the bigger picture

E nd the rule of their ego

On the other hand, the women in the following stories get it all right. They understand the power of humility and act on it. And are successful because of it! Every single one of them is a seasoned top executive or an impressive board member.

Now for some stories along the four dimensions…

“I am new to this position and needed to restructure. Since it was not yet clear who would head what department, I decided on my own, what the yearly raise in salary would be. Due to thousands of other things that I needed to do; I did not communicate this decision. When my first line managers heard this, they complained, that they should have been consulted. I realized, that I could have done this differently – and I apologized.” (Interview No. 148, Head Customer Innovation, 4.000 employees)

“I have introduced some fundamental cultural changes: I have moved from the plush Executive Office into a normal one where I sit with my assistant. That move raised many eye-brows. Yet I spend so much time on the road that it is vital to really be with my assistant on the days that I am in the office. Also, everyone can walk into my office which is different from my predecessor who used his assistant to shield himself from too much interaction with the employees. But there is a limit to what cultural topics I can tackle at any one time. One of the internal pieces of currency, one of the sources of power is the outward display of just that power via company cars. All the top managers drive large BMWs. I, personally, would rather not have a large company car. Why? Because privately I drive a Jaguar. (As an aside: I love this bit, because most people catch themselves having thought – “typical woman, does not value a cool car” – and now she drives an even cooler one…) Yet, in order to have my employees see their department on par with others, for the other top managers not to feel judged by me through choosing another car, as well as for them not thinking me weak, which would weaken her clout in the company I have decided to go with the BMW.” (Interview No. 22, Head of People, 25.000 employees)

“He said, look this guy has been working in the same position for seven years – he needs to go. And I said, no way do you fire my people simply because you want a change.” (Interview No. 96, Board Member, 200.000 employees)

“I write myself a reminder to thank for what has gone well, and then follow up on it – otherwise appreciation gets lost so quickly.” (Interview No. 49, HR-Director, 45.000 employees)

“I got this team during a restructuring. Half of them were to be let go and this was not meant to be communicated. I decided to treat them like adults and share this information. It was a huge relief – they felt treated maturely and fairly at the same time.” (Interview No. 88, Head of EMEA Learning, 100.000 employees)

“People are happy when they can help me – so sometimes I let them think that I am really struggling with technology. We laugh and joke together about it.” (Interview No. 104, CEO, 200 employees)

“I have a fairly new member of the team who is still quite young. She had a politically difficult task. Her job was to produce an information brochure and coordinate it with the works council. That is a tricky business in our company. She offered to write this brochure. Actually, I’m pretty good at formulating and writing these brochures myself. This is my home turf. I gulped, thought okay and then said: ‘Well, do it.’ And it turned out exceptionally well. I was totally surprised; I couldn’t have done it better. I learned something from this: even if I think I have humility on my radar, there’s still something more I can do.” (Interview No. 2, Head of Talent Management, 10.000 employees)

“There are too many jobs involved, so I need to make myself replaceable.” (Interview No. 51, CEO, 500 employees)

“I was hired to lead the company into a digital future. Once on board, I discovered that it was less an issue of innovation but one of survival. The situation was bad, insolvency threatened and I had to look for outside support. Two offers came to the table. One that would save one third of jobs plus my own, the other which would save all jobs apart from my own. To me the choice was clear. I ensured a smooth hand-over to the buyers and found myself a new job.” (Interview No. 119, former CEO, 200 employees, now board member, 4.000 employees)

Now these are only a few of the many stories that I collected up to now. Are you impressed? Do you disagree with any of them? Do you have better ones to share? Do you want to hear more about how humility makes you a better leader? In all cases, I am delighted to hear from you.

At age 15 Franziska left her home town Munich to go to Somerset to an all-girls boarding school owned by the Church of England. Having fallen in love with the place she ended up doing O- and A-levels there before going to Cambridge to read history. Still eager for learning she spent half a year in Russia to learn the language, then decided to dive into law. Two state exams later she did her PhD before going for 6 years as a management consultant to BCG where real-life decisions are being prepared. Then in 2005 she followed her passion for not only consulting but also opening those people’s heads by joining ESMT Berlin, Germany’s Number one business school (Nr. 11 worldwide). After 10 years being fully employed, she now works as an Affiliate Program Director and Visiting lecturer which gives her time to write, speak, teach companies directly as well as be sparring partner to top managers.

Her core theme is influencing in all its facets: from empowering humility and potent multicultural communication to conscious decision-making and successful negotiations.
Her new book on humility and leadership was published by Springer Gabler in early 2021. An updated German version as well an English version with Routledge will be published in early 2023.

PrevPrevious“A journey without challenges wouldn’t help us develop the resilience we need to succeed.” – Natalie Ellis
NextHannah McCormack – Can you have a successful career and be a mother while studying? Next
#Yesshecan