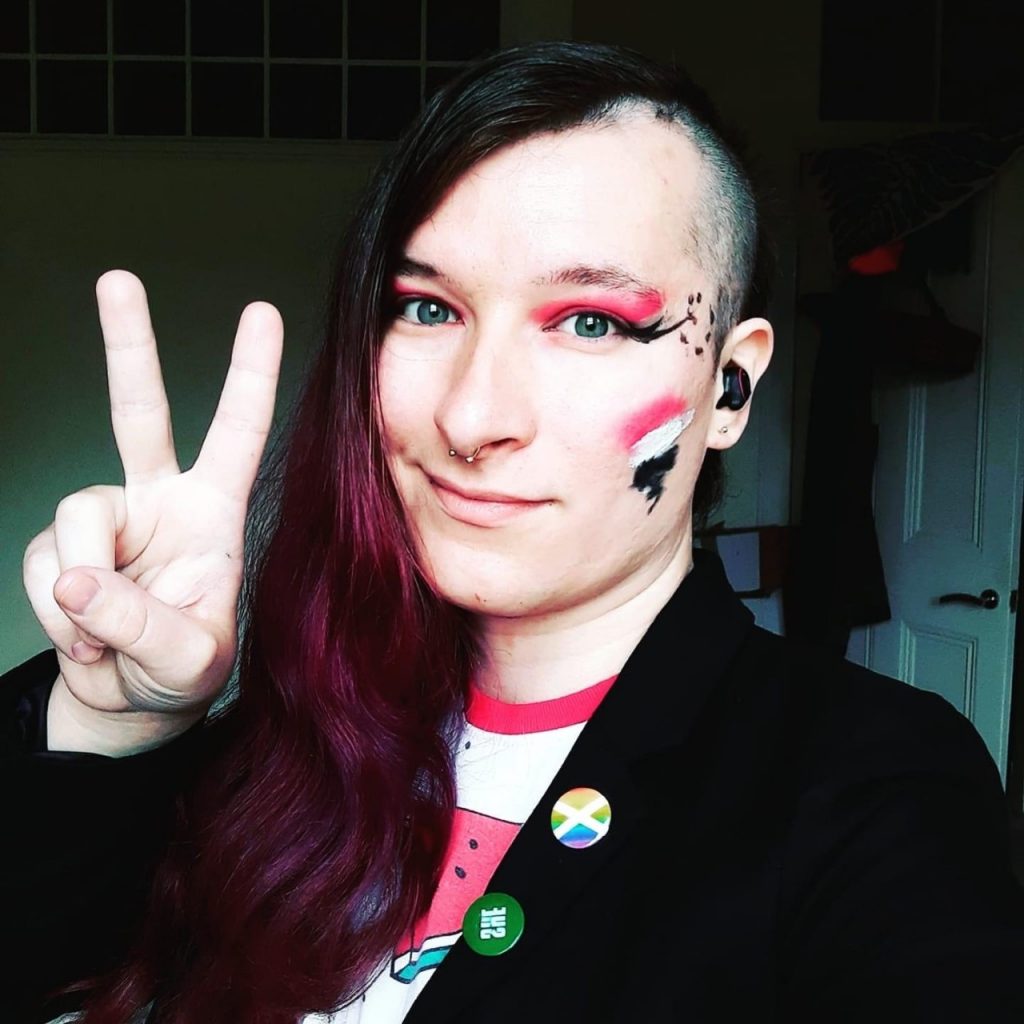 In this guest post, our Trans Rep Lena shares her experiences of being catcalled and harassed on the street.

What I want to talk about today is a feeling that is becoming more familiar to me as I start to pass well in general and be treated like any other woman. It’s a blend of validation and slimy disempowerment. In preparation for this post I have been reading some articles about the argument over trans women and our relationship to male privilege. Although I’d love to beat the heat over here in Japan by stripping down and swimming about in these arguments, swimming is maybe the one thing I’d like to do most just now that I absolutely cannot and that still makes me sad. Instead, I shall link some of the material I found in the linkdump below:

I referenced the above because this feeling I’m going to talk about is one that is very much tied up in privilege and those who are changing in ways that affects the type or amount of privilege we experience. Transgender woman get it when we start to pass and be seen as and treated as the gender we are. I don’t have the knowledge to talk about this from a transmasculine perspective, but please comment if you know anyone who is talking about that. I also see this feeling talked about by women who have been in a situation where their femininity is seen as less than, for example growing up overweight. It’s the feeling of finally being recognised as a woman but experiencing interactions designed to dis-empower woman- that is to dis-empower you. For a cis perspective on this, I’d link you to this article giving a cis perspective on catcalling.

I remember my first time being catcalled. I was in Antwerp last year for the Transgender European Council 2018 and while walking alone to meet with some people from my group when a whistle and a few words I later found out to be the Belgian equivalent of “Ay-ay gorgeous!” burst across the street at me. I turned, shocked! It was finally happening!
It was finally… happening… Ugh.
Number one, I felt cheated- it’s my first time, yell something I can truly shock people with please not some cliche stuff I expect to hear in a 70s soap opera. I walked away and ignored the one other call sent after me on the (otherwise empty) street with a confusion of feelings buzzing in my head. I got catcalled which disproportionately happens to women. I was happy to take that as proof that I passed– at least from a distance. Great, right? But not really. I also felt slimy– I should have said something back to put that down. I should have channelled all this rage I carry for the society that tells men harassing women on the street is okay. The truth is that I was frightened. What if I snapped back and they followed me? What if they followed me anyway? And that was the beginning of one of the more disturbing patterns in my life as a woman.

Fellow queer stranger online ‘transphilosipher’ talked about this in their blog post on the same subject. They called it a ‘paradoxical duality’ and I have to admit the first few times that this happened to me it did feel validating. It was uncomfortable but at the same time it was a proof that I can and would be treated like any other woman. Now I can’t feel any pride in this experience. I get angry. Not just for myself but for my fellow women and anyone else who has to grow up in a world where street harassment is not only widely unchallenged, but expected. The toxic culture of this harassment can be even more damaging for cis women or gender-nonconforming people who can internalise the idea that their body is something that is to be viewed and commented on by others from an early age because of the ever-presence of these forms of harassment in media and in their own lives.

I’ve been asked by strangers on the street to come party with them on nights out (several times, even after saying no). I’ve been told that I should smile more. I’ve been complimented by strangers while walking around Tokyo and I have felt their eyes on me as I walked away and heard the repeated caterwauling that followed me from those eyes. The articles and anecdotes from friends about these experiences I heard pre-transition are now becoming my own stories and my own concerns. Early on in my transition I made a point of being the one who would accompany female friends away from the party and walk with them on cold nights because I had a bare inkling of why that was so important. Now I’m checking that everyone who wants has company to get home because I know what it’s like to play the crosswalk game of figuring out if that stranger behind you is following you. I’ve held my keys in my fist, ready to use for defence. It’s scary and it is a part of who I am now. It’s not just women that are forced to be careful like this– but this specific form of harassment is overwhelmingly experienced by women. Even in this wide group, I am lucky– I am white and able-bodied. This article explores how street harassment is even worse for women of colour.

I’m achieving a goal that I have been working towards for years– living as myself. In doing so I am inheriting a legacy of oppression. This legacy is now a part of me and I no longer have a choice about if I am involved in this struggle as I did when I was perceived as male. All of this does not make me any less proud of being transfemme. Weighing up the options of transition with the sacrifices it takes and not transitioning, keeping that delicious male privilege but feeling wrong at my core the option becomes meaningless. Because it is not a decision– it is life and death.
In the words of @mangaluva on tumblr:
“Being female is not inherently negative, but patriarchal societies do their best to change that.”
There are however, so many people out there who do have a choice about this. I am talking to men- transmen, gay men, straight men and cis men. It can feel so innocuous from the outside, or at least it can feel like it’s something which can easily be forgotten. That is not true. When you see this garbage behaviour happening and it’s safe to do so– speak up. Tell the harassers that what they’re doing is not acceptable. And here is the secret that I want to spread to all of you:
You are much more likely to be listened to than any woman, trans or not, who is talking about this. That’s part of how privilege works.

I hope that post had something valuable in it for you- I’ve been wanting to properly define and write out these feelings for a while now. If you liked the post, please consider sharing it wherever you want to, be that Facebook, twitter, tumblr or your neighbour’s actual wall. It really does help me out a whole lot.