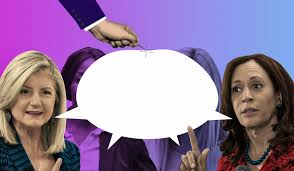 In this post I air my frustrations at being ignored in so-called ‘inclusive’ spaces.

Sitting in yet another Teams meeting (thanks pandemic!) I made a clear and concise point that linking personal stories to legislation meant more engaging and interesting content for attendees at an event we were discussing. Shortly after, a more senior man echoed my point, following by another man congratulating him on his idea.

Don’t worry, I spoke up. But surprise surprise, I was the only one. The constant erasure, ignoring and downplaying of women’s contributions is tiresome, lazy and just plain irritating. Even more surprising was that this was in a meeting for diversity and inclusion. But I was surrounded by white men (again).

Ironically at that meeting I had the most experience in the event topic we were discussing, as a host, presenter and attendee. But where men (not all, but many) are concerned, often seniority is the most important attribute. I have certainly noticed that as I progress in my career, there is almost a grudging acceptance from many that they suppose they must listen to me now, not that they want to. Heaven forbid I may actually have had anything worthy to say when I was lower down the food chain.

Of course it can be difficult to speak out, especially in a male-dominated industry like the one I work in. It can be even more difficult to speak out when no-one is advocating for you, picking up on these micro-aggressions and challenging them. It is one of the reasons that I work so hard to make the straight white men I work with on allyship transform into active allies, rather than passive ones (you know the ones ‘I don’t have a problem with gay people’ they say, as they blithely ignore a workmate’s sexist ‘banter’).

As a woman I like nothing better than giving an interview, a keynote speech or a presentation at a conference. Why? Because I am being paid to speak, have been given a platform to do so, and have been recognised as being the subject matter expert. And most importantly, I don’t have to worry about a man not listening if he wants to ask me a question.