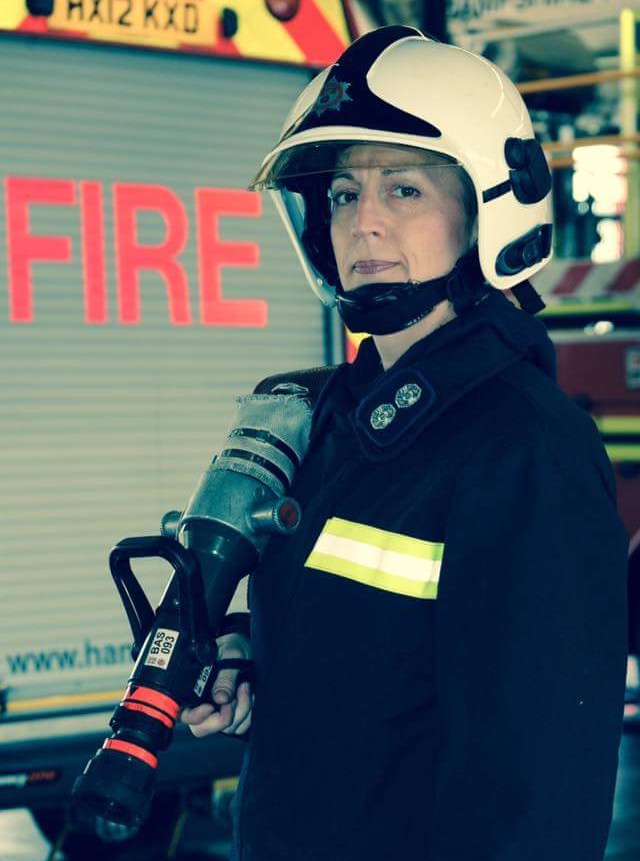 In this guest post, Katie Cornhill, Group Manager for Dorset and Wiltshire Fire and Rescue Service explains why history shows us that the labelling of humans as just a + is hazardous.

As the 2019 pride season begins drawing to a close, I can’t help reflecting on what I have had the privilege of witnessing over the past few months so that I can become an even better human being tomorrow. If you truly have an inclusive mind, heart and soul then you cannot help seeing, feeling and sensing that there is more of a need now than ever before to recognise and acknowledge individuality at a more granular level. It is beautiful to see the individual expression and different flags that are associated with individual identity at pride events up and down the country that represent the various non-heterosexual and non-cisgender identities that are already here (and have been for a while) and are emerging rapidly. Something which I for one am 100% supportive of.

In January and February this year I read The Tattooist of Auschwitz, a heart-breaking and unforgettable fact-based story about Lale Sokolov, who had to endure the horrors of wartime Europe, witnessing some of the worst of humanities hateful traits. Lale, a Jew, was a person who survived the atrocities of Hitler’s ambition to rid the world of those people labelled a Jew, a label that I am sure was never seen as a hazard[1], but one where risk[2] was sadly an everyday reality. Lale survived by becoming a tattooist, someone who was given the task of inking a number onto the wrist of millions of human beings (marking them as a human hazard), and in essence being part of the machine that took away human identity and reduced people to just a number.

Reading this book so soon after actively celebrating the 70th anniversary of the Universal Declaration of Human Rights (UDHR) in December 2018, enabled me to confirm what I have felt for a considerably long time, that being that if all people are born free and equal in dignity and respect, then we must learn from the past and never again use numbers or arbitrary symbols that serve to police individual identity, isolate, control and at worst destroy any form of who a person is.

The acronym LGBT is widely associated with the pride season and is used by many associated support groups and networks. Over the last decade (and longer), other letters have been added such as Q and/or I in an attempt to be more inclusive of identities that are other than heterosexual or cisgender. But using letters and adding more in a modern society where individuality is encouraged within the younger generation particularly, does not and will never achieve the recognition and important validation that every human being deserves to enable them to feel a true sense of belonging. What I see as even worse than using lots of letters, is the lazy use of a + symbol, which is for all intents and purposes, demeaning identity to a set of numbers.

Each and every human being deserves to enjoy the same freedoms and security of their birth given right to be who they are from the day of conception to the day of their death. In making sure that this is achieved we all need to share the effort that is required to secure the granular validation that is necessary to facilitate all human beings feeling that they are an important part of a community, a cohesive society[3], a culture, a race, a nation, our world. This is essential if we are to achieve the very essence of the UDHR to end discrimination, develop stronger respect for all, ingrain compassion, and establish greater freedoms.

Although it does take some effort to address, it is not unachievable to secure greater validation for all non-heterosexual and non-cisgender identities. Indeed there are some wonderful examples of forward thinking organisations and groups that have dropped the use of the acronym LGBT (and of course the +) in order to visually, verbally and proudly communicate that they are inclusive and unequivocally supportive of all people that identify as other than heterosexual or cisgender, bringing with it the validation that is so important for all.

I am not the only authority on the human rights of persons of underrepresented diverse sexual and gender identities, nor am I the only person that has recognised, alluded to, and even encouraged the development of corporate communication and engagement strategies that are wholly much more inclusive than is currently found. If you have not already, then taking the time to digest the excellent Yogyakarta Principles and Yogyakarta Principles plus 10 published in 2006 and 2017 respectfully will be a truly informative read. These principles were written as a direct result of well documented patterns of abuse and are a set of universal international standards that promise a different future and affirm the vital belief that all people are born free and equal in dignity and rights, with identity integral as the very basic premise of personality, dignity and freedom. The trick once you have read the 2006 principles and the extended plus 10, is how you then evolve your inclusive vision, mission and objectives and translate the integral need of individuality into an improved journey.

The principles outlined above are not legislation in the UK. Much of what they intimate would in fact be above and beyond the legislative frameworks of the vast majority of our world’s nations, including the UK’s. Indeed, legislation throughout the world is only as good as the day it is enacted. This is simply because the means through which law is either established or updated involves lengthy and bureaucratic frameworks that by their very nature build in exclusion because the enacted statute only reflects the reality of yesterday. The philosophical take away I have always adopted is that going above and beyond legislative burdens is the only way you can ever get anywhere near the reality of tomorrow.

I mentioned earlier in this blog how the label of ‘Jew’ during World War II held a death sentence. An appalling demonstration of how the rightful agency of an identity was removed and a label used negatively and oppressively. But labels can be used positively and are in terms of supporting individuals to find and establish their identity and for others like you and I, to use as a valuable reference point to gain knowledge and understanding.

In today’s world where we are all interconnected, reducing or better still eliminating inequality requires transformative change and both personal and collective effort and investment in strategies that go beyond achieving just good inclusion, but secures sustained inclusive excellence for all non-heterosexual and non-cisgender identities including but not just limited to those that identify as Lesbian, Gay, Bisexual or Transgender. That is my responsibility to support, that is our responsibility to achieve.

[1] Hazard – a hazard is anything that may cause harm

[3] A socially cohesive society is one which works towards the wellbeing of all its members, fights exclusion and marginalisation, creates a sense of belonging, promotes trust and offers its members the opportunity of upward mobility