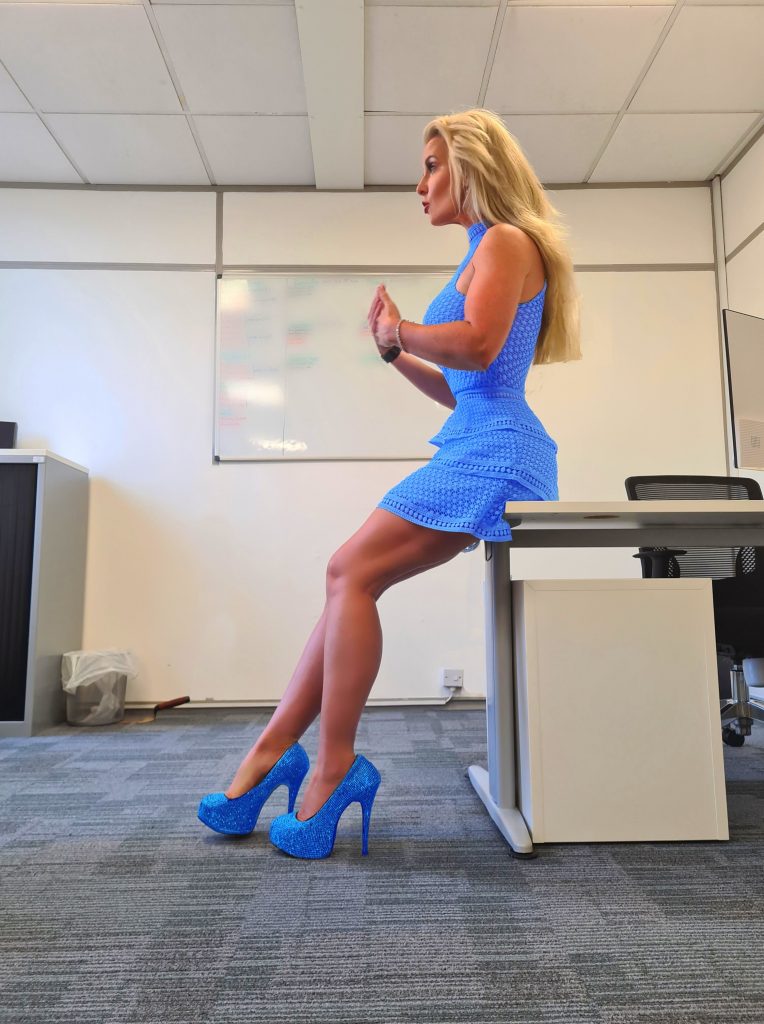 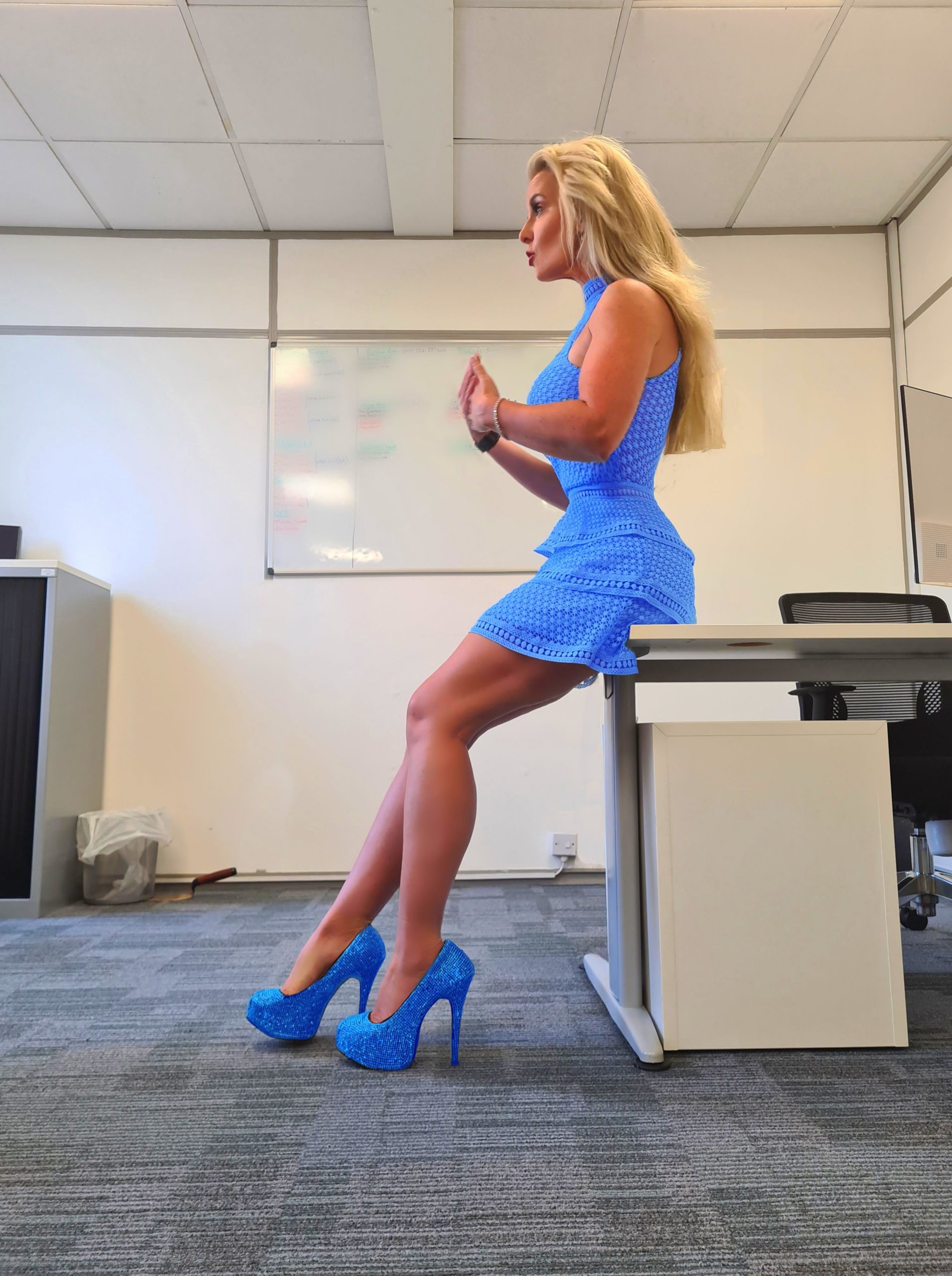 I always knew that I could be anything I wanted in life, because my father told me so when I was seven. That was back in the 80s when women did not have equality in the workplace, in their pay packets, or indeed in most aspects of their lives; despite a patriarchal history that tries to convince us otherwise.  My father is old and old school – a war hero, a true gentleman, respecter of women – but his disdain for mysogynistic narratives that began centuries earlier in folklore and remain threaded into British society via the medium of the book/film industry from Disney to Hollywood was apparent to me from an early age. My father positively encouraged me to become the CEO rather than marry one. His second daughter: my father was desperate for a son (tough luck dad team pink previals again; your sperm, your fault) and maybe that’s why he encouraged me to write my own fairy tales where the scullery maid banished the Prince and then re-built his kingdom to accommodate her ambitious, no-nonsense ass.

I was sitting on my father’s lap when he pointed to the then-Prime Minister of the UK Margaret Thatcher on TV in 1984, as she told the world how it was ‘business as usual’ despite an assassination attempt on her life the previous day. He insisted that if I wanted to in the future, I too had the brains and drive to run one of the most powerful countries in the world. I was mesmerised by this confident, almost complacent woman giving this speech, totalling unfazed or so it seemed after almost dying at the hands of a terrorist bomb, back in the days where the only thing more frightening than AIDS was the threat of the IRA.

‘You’re braver than her,’ Father assured me, squeezing my shoulders with every syllable as if somehow he hoped his message would absorb into my very being via physical transference. But it was too late; it had already took seed the moment his words were formed by his lips and carried hurriedly along to my receptors by his peppermint breath. That moment, way back then, was the moment of my anagnorisis. My father pushed me, both directly and simply from his essence of his presence, to be my absolute best all throughout my childhood and into my adult life. It’s totally his fault that I am competitive, ambitious, and totally ruthless at times, and I will be forever grateful to him for that.

It only took that one person who meant the world to me, believing in me, and that was enough. The seed that my father planted flourished throughout my childhood. I was streaks ahead of my classmates that eventually manifested in taking GCSEs two years early, followed by a first class honours degee in English. Yet I believe that my father had seen and culitvated in me something more that goes above and beyond an impressive inteliigence quotient; something more that has propelled me forward and seen me successful all through my life – ambition.

I guess ultimately I just wanted to make my father proud; to prove to him the worth that he had seen in me as his little girl. My mother had a different outlook, and possibly that was because she had grown up witnessing first-hand the inequality of women, and how ‘back then, women weren’t so loud and confident’ as she always says with a hint of what I can only describe as disdain. She almost disliked that outward, driven aspect of my personality, and tried to steer me towards reaching the top level of academia because she knew that I would obtain a well-paid part-time job as a lecturer and fit the mould of what she believed was acceptable for a responsible married women with children. Temporarily I gave in and enroled on a PhD in Literature & Sexuality quite simply, because I didn’t know what else I wanted to do at that point. But it soon became apparent that the 9-5 wasn’t challenging enough and I needed something more. I wanted to wake up inspired by my carreer choice. I’ve always said that if work doesn’t make your heart skip with excitement, anticipation, and a little bit of fear, then you might as well stay in bed. 100,000 working hours per lifetime is too long a time to spend uhappy and unchallenged. When my marriage broke down I was still young at 26 so I decided to move on and find myself. Judith Chalmers always sang Canada’s praises and she was never far wrong on Wish You Were Here so I found a rental house on the good old web, packed three suitcases and off I went to Kelowna, BC as a single mother with my two children. My ex-husband scoffed that I had lost the plot and would soon be back with my tail between my legs but he couldn’t have been further from the truth. That was when I found myself and my true calling. The businesswoman in me was born and from there has never looked back; meanwhile, fifteen years later the ex is still sat at his window waiting longingly for me to come rocking back up.

I shortlisted three businesses when I landed in the Okanagan Valley and decided that Granada Bakery, a wholesale bake shop with café had the most potential and would fit my lifetsyle around the children. I took a gamble and bought the bakery for $120,000, selling it two years later for $250,000 after investing a lot of time, sweat, and love. It had become apparent that Granada had reached its full potential, and I was then channeling my energy into opening a chain of restarants focused on selling and cooking imported british produce, something that would have made a killing for all the British expats merely surviving on what can only be described as a ‘testing’ North American diet. Unfortunately however, my father’s health took a turn for the worst and I ended up relocating back to Staffordshire before I had chance to see it through. I never regret things not working out because I know that opportunites are not found they are created, and so it was back to England and back to the drawing board.

Fast forward a few years and my second and current business in which I am a hands-on Director in the construction industry, is by far the more successful and indeed more rewarding career. VaLu Construction Ltd. is so named after two of my children – Vaentina and Luca – and within the first two years of business VaLu’s turnover has more than doubled year-on-year. We have moved from building garden walls and domestic extemsions to housing estates, hospitals, and care homes. I even turned down a place on BBC’s The Apprenticethis year because, quite simply, it would have been a step backwards. I also launched VaLu Developments in 2020 which focuses on buying land to develop our own projects, and VaLu Fitness & Health which will one day become a huge gym and food chain – two of my favourite pasttimes.

Juggling all five children, alongside a career and a marriage to a man seven years my junior, means that nowadays life in general is probably my most challenging feat. I also found the time to run a marathon in heels for charity and attend Hugh Hefner’s last wedding in 2012 which led to a brief career with Playboy. That was another thing that my father taught me: you can be master of more than one thing in life. Call me Joanna Factotum, Dominus Omnia. I definitely proved him right on that score. I thrive on a challenge and hate sitting still; my mood drops considerably when I’ve hit my targets and life starts slowing down.

Don’t get me wrong: certain people along the way tried, and still try, to discourage me from business because I refuse to be defined and fit a certain mould of what a businesswoman should wear, what she should say, how she should act. And surprisngly it’s not always men. It’s quite amusing to me that powerful, ambitious women need to fit into a neat little box: ‘lesbian, man-hating, aggressors’ over here in the blue box please; ‘bimbo, sexual inititators’ over here in the pink box if you will. Screw you, I’m providing a goddamn plethora of rainbow-coloured boxes for my staff – male and female – and you can bed down in them or burn them for all I care. I often think that maybe if as women we did try to fit neatly into one of these boxes our presence would be more acceptable. But I don’t really care whether I’m accepted or not, do you? I do what I do because it provides for my family, gives me purpose, and scratches that insatiabale itch in my soul. For now. Until my next chosen adventure.