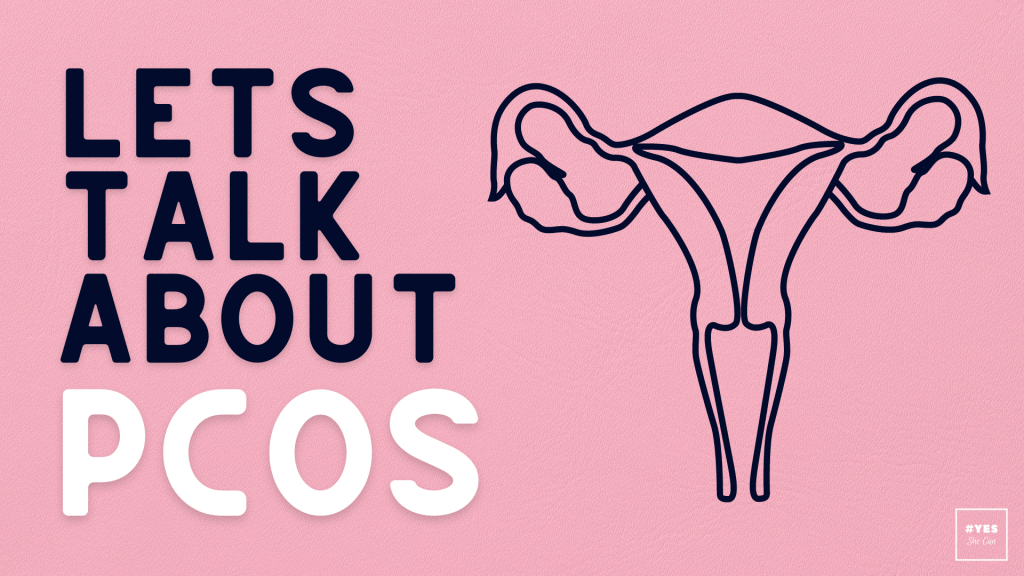 September is a month dedicated to raising awareness of the medical condition which you may (or may not) have heard of or might have even been diagnosed with – PCOS aka Polycystic Ovary Syndrome.

In this blog, we’ll be exploring and learning about what the condition is, the symptoms, the stats behind PCOS and where to find helpful resources.

Polycystic Ovary Syndrome is a condition which affects women with uteruses and ovaries and their eggs.

In a healthy ovary, an egg will mature within a fluid-filled sac called a follicle before it’s released from the ovary. When the mature egg leaves the ovary ovulation begins, which is the prime time to get pregnant.

In an ovary with PCOS, it becomes enlarged and inside can contain multiple follicles which have stopped at different stages of maturing. Despite the name, the PCOS ovary doesn’t have cysts, but lots of immature follicles.

There’s currently no cure for PCOS, but treatments are available to ease the symptoms. Several charities in the UK have petitioned for more comprehensive research to be funded.

According to a report from BMC Women’s Health, those who are diagnosed with PCOS say there is a barrier to being diagnosed is a lack of understanding, education, and empathy from GPs.

What are the symptoms?

With any medical condition, symptoms can differ from person to person and not everyone will have all of the symptoms of PCOS. Similarly, symptoms may be mild or more severe.

Symptoms of PCOS usually start to become visible or more apparent in your late teens or early 20s.

However, if you’re on the contraceptive pill, this will conceal many symptoms and you may not know you have PCOS until you stop taking the pill.

There can be many long-term effects of having PCOS and risks of developing other health problems. This can include type 2 diabetes, depression, high blood pressure, and sleep apnoea.

The Statistics Behind PCOS

We believe statistics are really valuable data and can paint a powerful image. PCOS is under-funded and researched despite it being a very common medical condition.

Below we’ve listed some insightful statistics which can help you understand PCOS a bit better and how those with PCOS feel about the condition.

3. PCOS was first recognised in the early 1900s

4. The most common reason for infertility in women is PCOS

5. 70% of women with PCOS don’t know they have the condition.

We will be posting more content this month including a social media live video with the #YesSheCan team who will be talking about PCOS and the myths surrounding it.

If you do want to learn more about PCOS or need some help getting diagnosed or dealing with your symptoms, we have compiled some useful resources below.