Rachael Campey – Ambassador of Mindmate – Be loud and proud! 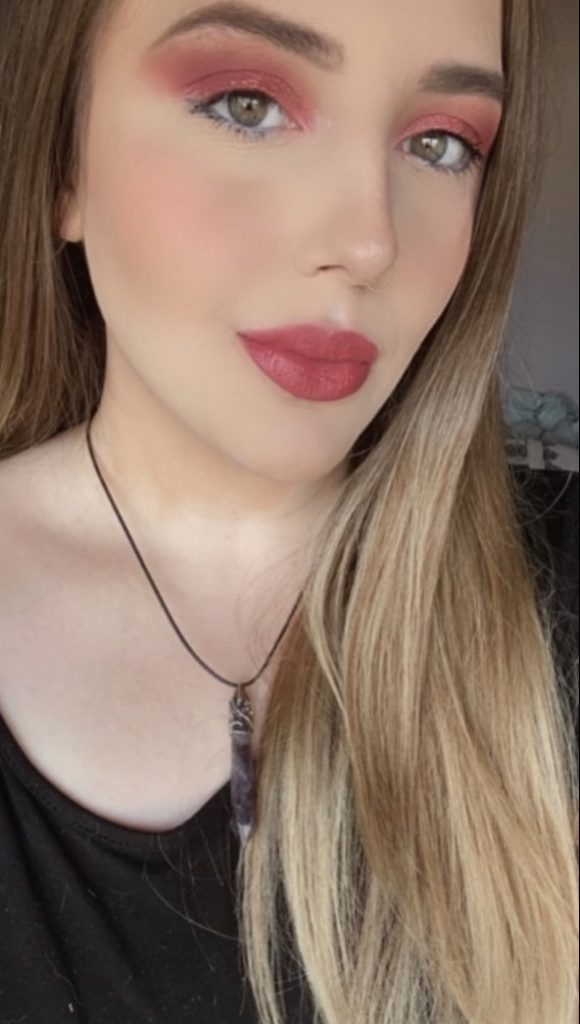 In this blog, #YesSheCan speaks to Rachael Campey about her career journey and challenges she has overcame.

My name is Rachael and I always knew I had to do something in Mental Health, due to my background and what I faced growing up. I felt what I had been through might help someone and be an early intervention down the line and stop someone else going through what I have been. I have just graduated with a degree in counselling psychology and in this time I have had volunteer roles and then started working for mindmate, it was the first time anyone ever wanted to hear my story; I knew instantly that public speaking and the change I could make is something I wanted to pursue. Even though I have done a degree with the idea of going into some form of background within clinical mental health background, I’m also going to follow my dreams of launching a podcast, making documentaries, public speaking, becoming an author and being a changemaker mental health discussion especially in regards to being a voice for those that are voiceless.

A typical day in my career can be so varied, some days its me focusing on my own campaigns (@thoughtfulmindsuk) and writing passages of poetry or the books I’m working on, or it could be that I am public speaking at a conference. Two days are not the same, especially within my role as a mindmate ambassador it has given me a great insight into what I want to do and what I don’t what to career wise, it opened doors into the media and public speaking, whilst also promoting this Leeds based under 25s website that pinpoints mental health support services (something that is so needed.) Some days I will be attending meetings, to holding stalls, visiting schools or even doing a press release. I really love what you do. I’m now more so going to pursue documentary making as I want to show hard hitting realities for many in the UK, in an educational way.

‘I always knew I was different’

I guess I really fell into this career, which I’m so lucky with especially media/ public speaking wise as it’s something I never imagined me being comfortable doing let alone something I am going to pursue full time.

I got to where I am now facing many challenges, It was a very long journey it is so cliché, but I always knew I was different, whether that’s because I was young carer growing up and that made me grow up a lot quicker than my peers. Yet I still knew there was something underlying and that I didn’t fit in, like I should. My peers quickly picked up that I was vulnerable, and I was instantly made a target for bullying and my years within education I hated, even still now. Which is very weird as I love learning and know how important it is to get females educated to a higher level, yet I didn’t suit the school environment. Within the space of four years, I had seven suicide attempts, my best mate and nanna passed away, my young carer role got intense, there was a hate group online for me and the bullying was verbal, physical and on social media, I was suffering with an eating disorder and partaking in risky behaviours, I was very sad and quite frankly I only saw one way out. Then I fell pregnant with my daughter and although everyone around me expected me to get an abortion I didn’t, I’m pro-choice but I just knew I couldn’t do it. I then became a mum at 15 but it had opened up the fact that I had to work hard and get through everything to make her life as best as it could possibly be, I had a new purpose. From that moment on I became very career orientated and set myself as what many thoughts as a pipe dream of which was getting a degree. 7 education systems, escaping a domestically abusive relationship, countless jobs later I graduated in December 2019 with a degree in counselling psychology at age 21.

I over came all these setbacks as I guess I had a lot of moments when I didn’t believe I could do it and that I would have to go a different route and really just keep going, even if I was crawling through the bad times. I had hope that things would change and sometimes that was all I could cling on to, I knew if I got through it I could stop someone else from going through what I have in the future.

I feel so passionate about many things, the taboo about mental health especially serious illness being broke down, the gateway into education being made easier for young mothers as it can be so isolating and intimidating to go back into education without the right support. I also feel very passionate about women getting a high level of education especially those from poor backgrounds, to more women being involved in politics which is something that really needs to happen especially being a voice for those of us that do not have much representation within the current media.

I got my drive and determination from my daughter, and the future I would like her to have, but more so it’s the change I want to see happen in my lifetime and anything I can do to help that change happen, I’m there. I also like proving people wrong which I now know I have proved so many people wrong.

The great thing about being a female in my role is that I feel privileged with the role and platform I am giving, especially with how it is growing more so now, I feel I need to lead by example and even though mines not the normal route or one I would suggest, it happens and it need discussion. I feel passionate about equality and especially within public speaking and the media its male orientated and I mean who doesn’t need the representation of someone from a council estate one of the poorest areas in the UK, with the adverse childhood I had who broke the circle to voice change.

I have had so many achievements from skydiving for charity at 16, to my daughter and graduating from university, but the biggest has to be being nominated for inspirational individual at the Yorkshire choice awards – this is massive for me as I know the work I do, I might not get praise or recognition so to know how my story has impacted people to the point I’m nominated for an award is a massive shock.

The biggest lesson I have learnt along the way is that not everyone is going to like me and that’s okay.

I have very much felt that my gender has bought unnesessary challenges to my career because young fathers aren’t judged as much as young mothers, not career wise but societal wise it is so isolating and scary the stigma we receive, I find people passing comment on how much I do because I’m a woman. I’m still not going to set myself boundaries though and I will always make space for myself at tables when there isn’t any space to begin with.

Some of my favourite hobbies are painting with my daughter and also poetry is one of my passions in life. When I was at university, I played rugby and the women’s team made me so welcome and were so accommodating of my daughter, I really miss it now!

The mantra I live my life by is ‘I am powerful and I can achieve anything I want to.’

The three tips would you give to young females starting their careers would be that you may doubt yourself but know you are just as capable as everyone else. Make room for yourself at the table, especially when it seems there’s no space for you there. Make yourself heard, be loud and proud of your achievements.

The best advice I have ever been given would be that the normal path isn’t for everyone but that doesn’t mean you won’t achieve it, you have to make your own path sometimes.

‘Make yourself heard, be loud and proud of your achievements’

I am surrounded by so many powerful women and they have equally inspired me, far too many to list they’re all changemakers in their own way, making their voices be heard and starting business we all aim to raise one another up. A woman who has inspireed me the most. Would be my mum, she has faced so many problems and somehow made it through everything she is the strongest woman I know.

My key motivators are my friends, women in general and my family.

I feel there’s so much more that needs to be done by buisnesses to address geender imbalance  but we seem to be stepping in the right direction.

I think some strategies that could help women achieve a more prominent role would be down to the organizations not to have a gender imbalance and women raising concerns in these areas, but also people who will listen to these concerns and do something about it.

Some advice I have for women in their leasership positions would be to stick to your guts and go for it, you deserve this, remember how powerful you are and how much you have achieved. Be assertive in this and why they need you not why you need them.

One key leadership lesson I have learnt along the way is that I do deserve to be there as much as a man does, that I do have power behind my words and these can be influential.

The best pieve of advice I have ever been given is to give yourself breaks, honestly do not burn out as it takes longer to recover from, but remember your mental health is just as important as your physical health.

‘I have power behind my words and these can be influential’

If I could say anything to my 16 year old self it would be that you’re probably wanting to give up with education, your stressed, tired and lonely but please remember how loved you are, how powerful you are and remember to make time for yourself as soon you will be in awe of how your life is turning out and you are helping other people in the process, you are worthy of so much I promise you.

PrevPreviousAlice Stephenson – CEO and founder of Stephenson Law – ‘I wouldn’t have it any other way’
NextJane Booth – Going it alone and being a chaser of dreams.Next
#Yesshecan