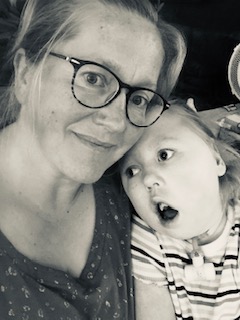 #YesSheCan has interviewed Sarah Land, a former HR professional who has set up a charity called Peeps, Sarah’s daughter, Heidi suffered from a lack of oxygen at birth. Peeps supports families who have experienced the same life changing event.

Can you tell us a bit about you and your career?

So my background is in HR – I loved it straight away; the variety, the working with different people, and the opportunity to try and support.

I also fell very lucky with the managers I had along the way, I was pushed, challenged and given so many opportunities to develop. It became a standing joke with my manager at the time – I used to think “it’s good for your development” was a way of giving me some of the really tough jobs (like the time plans changed on a TUPE transfer with only 24 hours notice, leaving me standing in-front of a group or drivers and warehouse operatives, who, understandably, were less than happy!). But looking back I was so fortunate to have those opportunities – they shaped me, and ultimately helped me progress from Senior HR Officer to European Senior HRBP.

Things changed though when I went on maternity leave. My plan had always been that I would try and return to the same role. But our daughter, Heidi, was really poorly just after she was born. She had, we now know, a sudden unexpected postnatal collapse and suffered a HIE event – basically oxygen stopped getting to her brain and caused significant injury.

All of our plans changed and a large part of my maternity leave was spent in hospital, quite different from the lunches out and baby groups I had envisaged!

Fate kind of helped out, and while I was off, there was a restructure within HR. A part-time HR Officer job came up, based at site, which meant I could be near home, near Heidi. I did that for a couple of years. It was great to be back in work, but it was also a bit tough going juggling Heidi’s care needs, and the lack of sleep of course!

To cut a long story short, after things settled down a little with Heidi, we wanted to do something to help others like us, and to raise awareness. Thanks to some really wonderful support, we set up our charity Peeps. It started small, slowly growing, and we are now the only UK charity dedicated to supporting those affected by HIE.

What does a “typical” day look like for you?

As a Charity Manager it’s really not a role where you clock on or off! Days can vary greatly, one of the many things I love. 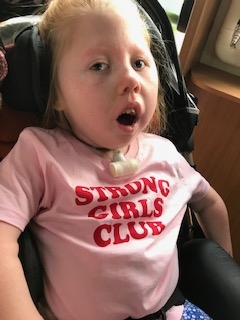 We support families across the UK, so some of my time is speaking to them, arranging counseling or funding for equipment for example. We also provide parent packs to neonatal intensive care units, for families who are at the start of their journey. This means boxes of items coming in, being packaged up and going out again – if only we had a nice storage unit, but the reality is the back bedroom often looks like a cross between a shop and a warehouse!

The back bedroom often looks like a cross between a shop and a warehouse!

Prior to covid restrictions, I would also sometimes attend hospital study days. This was to help raise awareness of the support we offer, and to share my experience from a parent’s perspective.

Was it difficult setting up Peeps?

Yes and I’m still learning! Starting a charity from scratch has been great, but there’s also so much to get your head around. My background in HR helped in some respects (there are lots of policies in charities too!), but there have been new things like web development and managing finances.

Some things have been overcome by spending time researching, and a lot of trial and error. Other things I’ve had to ask for help on. It’s been brilliant to see how open people are in terms of offering guidance and sharing their knowledge. For example, a friend offered to build our website in his spare time, and others have offered their creative flair, helping with posters and merchandise.

What do you think gave you the drive and determination to succeed?

I wanted to make a difference. It was daunting to come away from a “safe” job, working for a corporate company, but sometimes you have to go with what you feel is right. On days where it feels hard, just getting a message from a parent saying you’ve made a difference to them, gives you such a boost and makes it all worthwhile. I do know that things can and do go wrong. How you deal with that is a true measure of you as a person.

Don’t give energy to things you can’t change

Do you have a mantra you live your life by?

Ooh there are a few….don’t give energy to things you can’t change, always look for the good, you are stronger than you think you are….

What three tips would you give to females starting their careers?

What are your key motivators?

Making a difference. We don’t always get it right, mistakes happen, but if the right intention is there and you truly want to help, people will appreciate that.

PrevPreviousDr Cheryl Kam: Functional Medicine Coach
NextLeila Hobart – Your inner power and strength are stronger than you ever know.Next
#Yesshecan