Viv Yau – It’s what we do from the lessons of failure that counts. 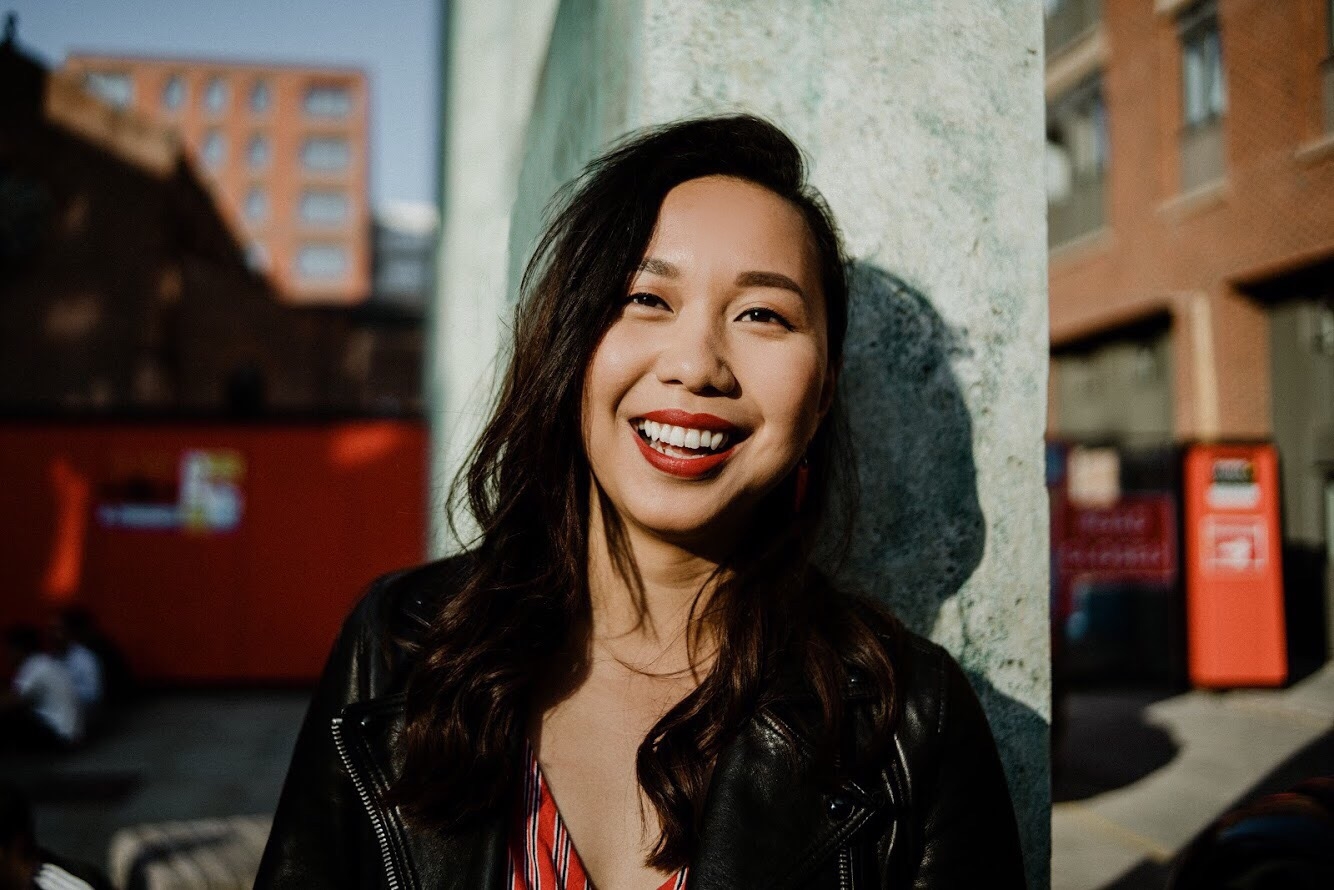 #YesSheCan are VERY excited to bring you this blog from Viv Yau, Founder of an amazing marketing agency in Manchester called Bee Influence!

​I used to work as an account executive in advertising at an agency called TBWA\Manchester. I then made the leap to move to London to work with influencers. I was representing the UK’s biggest influencers at Gleam Futures. I was on the management team for influencers such as Pixiwoo, The Saccone Jolys, Joshua Pieters and incredible brands such as Cadburys, Nike, Estee Lauder, Tui Cruises (I ended up on a cruise ship for 10 days in Cuba & Jamaica!) If you saw my Instagram feed back then, it looked like I was living the high life. However, outside of work my life was shambles. My dad passed away 6 months into the job, I ended my relationship and was missing my family so much being in London.

So after two years, the North was calling me back. I moved back into the family home (after years of independence and living away, let me tell you, it was an initial uphill struggle!), without a job.

After doing some research, I realised there was a lack of influencer marketing agencies up north. A chance encounter with my investor, I founded Bee Influence. So far, we have delivered influencer marketing campaigns for the likes of LG, I Saw It First, JigTalk & Pink Cloud Beauty Co, Vistaprint and Arran Sense of Scotland. When I write it out like this it’s easy to forget how much we’ve achieved in under two years!

A typical day in my life…. varies hugely and that’s why I love my job so much. My brain constantly flits from one idea to another so agency life suits me down to a tee. One day we’re working on new proposals for prospective clients, then we are in the midst of pulling together campaigns. From devising campaign ideations, to negotiating fees and contracts with influencers, to ensuring influencer content is as per the brief. We have to wear a lot of hats in this job – being creative, strategic, logistical and timely barely covers it! Especially as we are a start-up.

I didn’t exactly chose this career….Well my path wasn’t set out for me (but is anyone’s?!) I originally planned to study English Language at Lancaster University. College wasn’t a great time, this was when my dad was first diagnosed with cancer which obviously impacted my grades. I ended up with grades BBC and didn’t get into Lancaster University. So, I went through clearing and chose marketing at Manchester Metropolitan University. I felt a lot of shame – disappointing the family, attending a ‘polytechnic’ university, and very much feeling the imposter syndrome of not being ‘cool’ enough to study marketing. In my first year of Uni I almost changed courses, but miraculously, achieved a first. So I stuck it out. Then the second year I got a first too. Third year comes around and I put all of my efforts into studying and graduated with a 1st Class Honors. The lesson I definitely learnt was that everything happens for a reason. I wasn’t meant to go study at Lancaster Uni. Weirdly enough my twin sister did study English Language at Lancaster University and she’s now a primary school teacher. Funny that I probably would’ve been the same.

I’ve certainly had my challenges along the way….my dad had cancer for over 10 years this consumed a lot of our family’s time, as well as mental capacity. Whilst it was obviously a tough time, in a way, it helped define me and forced me to look at scenarios with the bigger picture in mind. Any work situation I faced seemed minute in comparison, which meant I could (most of the time) deal with challenges with a level head.

Being a person of colour business woman now, also means having to confront intersectional racism & sexism. I was very much ignorant and shielded from these topics when working for other companies. I was in a bubble. Representing the company and putting my name out there has landed me in situations where usually, men, would mistake me for the colleague, or assuming I don’t work for myself. It’s definitely triggered my own education into feminism and what it means to be a person of colour in business – and how it’s so important to continue banging on about diversity and inclusion. It’s not just a HR tick box, it’s real people’s lives here!

Mental health is a stigma that I want to continue to break down. It’s not something we can just overcome very easily. It’s a continual conversation, that requires open and honest dialogue across work and in our personal lives. I wouldn’t say I have it figured out yet!

When it comes to diversity and inclusion – again, all you need to do is look at the stats of women/people of colour/black/trans people – anyone who is marginalised in senior positions and the pay gap, to see that this is by far a systemic issue that is unfortunately far from being resolved. Reading books such as Why I’m No Longer Talking to White People About Race by Reni Eddo-Lodge; Lean In by Sheryl Sandberg and Invisible Women: Exposing Data Bias in a World Designed for Men by Caroline Criado-Perez helps me feel educated and articulated when confronted with these topics.

I try to attend as many women focused events as possible and talk about these issues in the best way. I know – from my own experience. I unapologetically speak up when I see a lack of diversity consideration. I once went to an event where 10 of the speakers were all white men. The event was organised by a white man and it became obvious that he roped in people he knew, which all happened to be white men. I had to email the event organisers to ask what was going on. The argument of meritocracy isn’t substantial enough here. I can’t say I have overcome any of these setbacks – but it’s something I’m extremely passionate on speaking up about.

However, it is great being a female in my role as…. I love connecting with other women – and genuinely supporting one another. Even if you are in the same sector. We live in a world now where there is enough room for everyone. Next time you see a woman achieve something, go out of your way to support them via a like, comment or text. It means the world.

My dad was a huge influence on my life….I grew up watching my parents come over from Hong Kong to the UK with very little. They built up their own takeaway business from scratch. My dad’s work ethic was unquestionably the best I’ve ever seen of anyone. Knowing that my parents emigrated to the UK in order to give us a better life, is motivation enough for me to want to always do better.

I’ve learned lots along the way…. I would say stop apologising, unless it’s truly warranted. Too often I see my colleagues (usually women) saying sorry, on emails, walking past someone, generally for just, taking up the same space as someone. I am still guilty of it myself. Whilst this is typically a British trait, it’s also damaging for women. Let’s stop apologising for existing and doing our jobs. Let’s stop using softener words such as ‘just checking’. Our use of language is important, and it undermines our own agency and authority over ourselves as women.

We all need to recognise and celebrate our successes, for me, two of my proudest achievements are winning Vistaprint as one of our first biggest clients at Bee Influence. I also think achieving a first class honors was pretty cool too.

It’s important to show you are human. As part of our British culture we have such stiff upper lips. Showing you’re just like the rest of us helps humanise people.

Outside of my work I like to stay active….I have recently launched a podcast (but who hasn’t during lockdown!) exploring my identity of being British Born Chinese called But Where Are You From? It’s fast becoming my favourite hobby – and strangely enough helps me switch off with work. We’ve created a nice little online community of second-generation minorities from the UK, and even from countries such as Japan & Brazil. It’s crazy!

Reading for me is a form of escapism. From self help books to really easy to read “chick literature” – again, anything to help me feel distracted from day to day life.

I also enjoy running and yoga when the mood takes me.

I’m rubbish with quotes so don’t really live by a mantra…. I guess inadvertently I would say, just try. Try it. So whatever quote we can google from trying. I just googled…’quotes about trying’. This one came up: ‘You only fail if you stop trying’ was one of them. I actually don’t agree with this. Failure is a part of life, it’s inevitable. It’s what we do from the lessons of failure that counts.

One quote I do really subscribe to is ‘No one can make you feel inferior without your consent’ by Eleanor Roosevelt. My previous manager wrote me a letter just before a left my job and she included this quote. I recite it to myself before I go into anything that makes me feel nervous.

Advice and tips are very personal but things that have helped me are….

The best piece of advice that I have ever been given is….‘Don’t be afraid, just go for it’. Was said to me by my uncle when I was starting the business. I felt it was something my dad would’ve said to me and I wrote it down on my notes app. There’s a typo in it which makes me smile, as if I was too impatient to write down this golden nugget!

The most regular self advice I give myself now is….Stop messing around on social media! In fact, I’d say that to myself now! The irony is I would give my 16 year old self the same advice!!!!