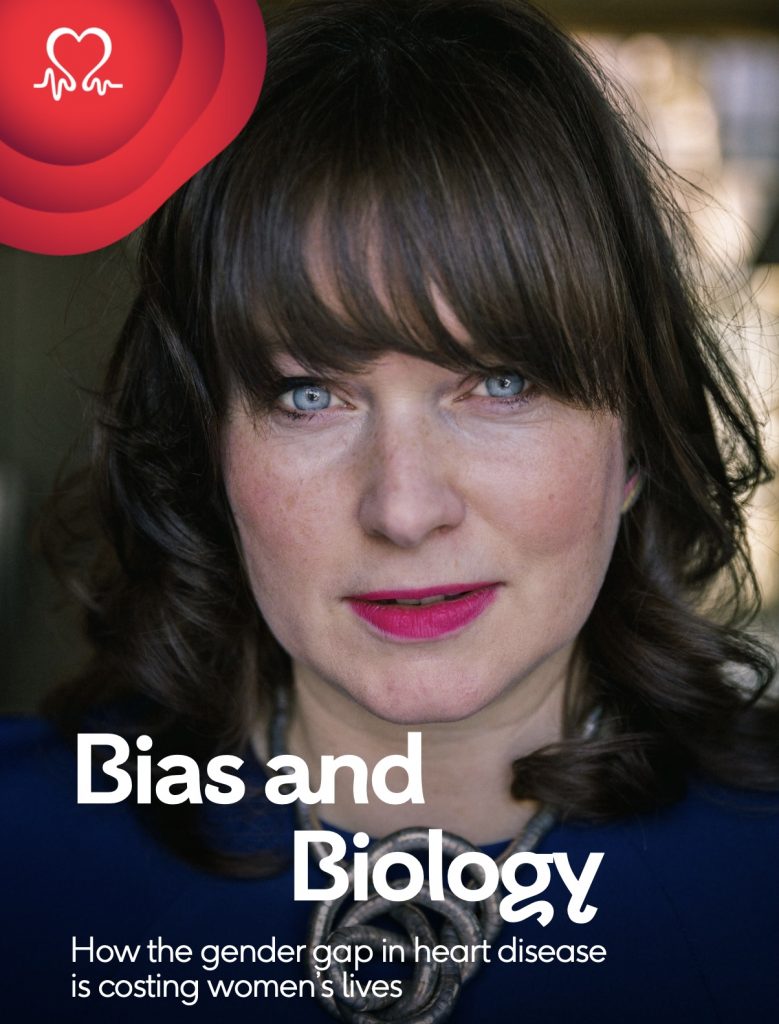 Whilst delivering training a couple of weeks ago I listened to a presentation from the British Heart Foundation about women and heart disease and I wanted to share what I had learnt.

In many areas of life women face inequalities, but did you know according to research funded by the British Heart Foundation and others, women who have heart attacks receive poorer care than men at every stage – diagnosis, treatment, and aftercare?

In this #YesSheCan blog, we will explore why this is with the goal of raising awareness about heart disease and heart attacks in women.

Despite the fact that 35,000 women are admitted to hospitals in the UK each year as a result of a heart attack, there is a widespread misconception that coronary heart disease and heart attacks are exclusively a man’s disease.

Furthermore, women have historically been under-represented in clinical research, especially cardiovascular trials. As a result, many diagnostic tests and treatments rely on data acquired from men putting women at a disadvantage when getting help for their hearts.

Diagnosis: According to research, women are 50% more likely than men to have an incorrect first diagnosis while suffering from a heart attack. Men and women who are originally misdiagnosed have a 70% greater chance of dying.

Treatment: More than 8,200 fatalities from heart attacks in women in England and Wales may have been avoided if they had received the same level of care as men. According to the study, women were less likely to obtain standard treatments including bypass surgery and stents.

Aftercare: Following a heart attack, women frequently receive poorer aftercare. As shown in a British Heart Foundation funded study, women in England and Wales were 2.7% less likely to be prescribed statins and 7.4% less likely to be prescribed beta-blockers when they were discharged from the hospital, despite their proven benefit in lowering the risk of a subsequent heart attack or stroke.

IT IS IMPORTANT TO NOTE AND PUT INTO PERSPECTIVE THAT CORONARY HEART DISEASE KILLS TWICE AS MANY WOMEN AS BREAST CANCER IN THE UK!

As a result of a lack of awareness on this subject and women’s risks, they may be less likely to recognise they are experiencing a heart attack, causing them to delay getting help.

In addition to this, when women have a heart attack, they often arrive at the hospital later than men, contributing to treatment delays.

A heart attack is a medical emergency, and delays in treatment endanger women’s lives.

After reading about how women are put at a disadvantage and treated unequally when it comes to heart attacks and heart diseases, you may be asking how we can make a difference. Here is what we can all do to help get the ball rolling:

Raise awareness: We need to shift the misconception that heart attacks and heart disease are only things men experience, as well as making sure women know their risks and take care of their heart health.

Symptoms of a heart attack

It is so important to recognise the symptoms of a heart attack and to seek medical help as soon as possible by calling 999 because every second counts!

The symptoms of a heart attack can vary but the most common signs are:

Angina symptoms are comparable to those of a heart attack; however, they typically occur with exertion. Angina is not the same as having a heart attack, but it is an indication of coronary heart disease.

If you have angina, your symptoms should improve or disappear after a few minutes of rest.

If you haven’t been diagnosed with angina but are experiencing chest pain, call 999 immediately.

To find out more about the British Heart Foundation study and research on bias against women and biology, you can read more here.

For more educational blogs and inspiring Role Model stories, check out our other blogs here.