#YesSheCan In-Depth: International Day for the Elimination of Racial Discrimination  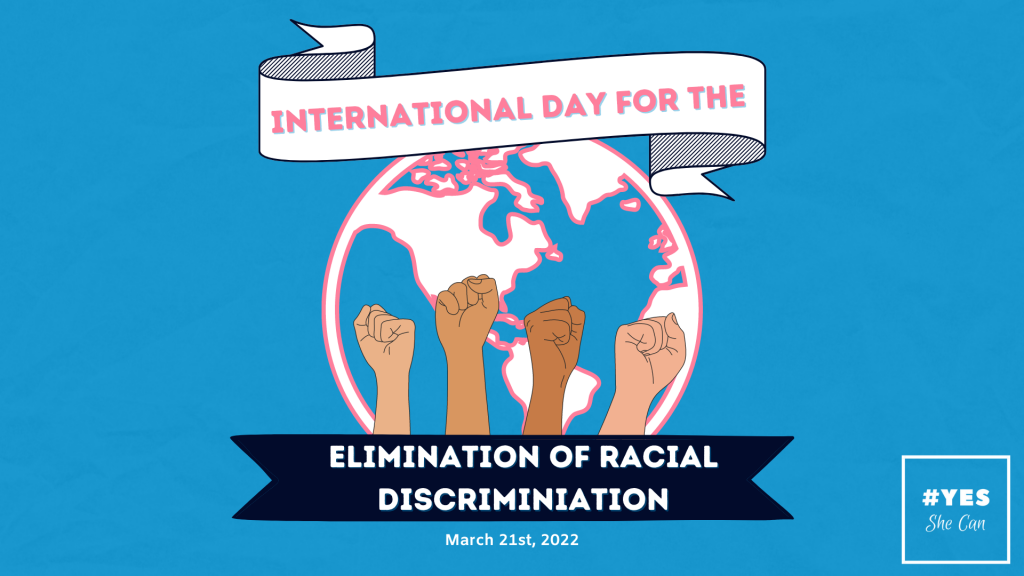 The International Day for the Elimination of Racial Discrimination (IDERD) is annual call to action to encourage global citizens to defeat racial discrimination. Today, great strides have been made to end racism but there is still a long way to go. In this #YesSheCan blog, we educate ourselves and spread awareness on this day and we need to continue to learn about it.

On March 21st, 1960, a peaceful protest was being organized in Sharpeville, South Africa to combat restrictive Apartheid laws against Black Africans. An estimated 7,000 Africans peacefully gathered outside the Sharpeville police station. The tide quickly turned when 300 police officers opened fire on the protesters, killing 69 people and wounding 186.
The Sharpeville Massacre opened the eyes of the world to the atrocities of apartheid. To honor the victims and to raise awareness about the horrors of racial discrimination, the United Nations declared March 21st the International Day for the Elimination of Racial discrimination, nearly two decades after the massacre. The United Nations General Assembly declared all countries to observe this day, annually.

What is racial discrimination?

There are four main types of racial discrimination:

Being humiliated, offended, or degraded for you racial or ethnic background

Racism, in all its capacities, has fractured the lives of individuals as well as entire communities. It is essential to do all that is possible to end racial discrimination.

Rather than to feel helpless, let’s feel hopeful!

There are everyday steps that can be taken to eradicate racial discrimination. The most important part of elimination racism to educate yourself and the people around you. For long-term action, you can participate in local elections, voting for candidates who are dedicated to implementing policies that elevate the voices of those who suffer at the hands of racism. Daily habits such as checking the news, learn about the issues affecting black and brown communities, and donate to social justice organizations. Here is a list of social justice organizations to donate to:

Changing the world can be a daunting task, so let’s take it one step at a time and eliminate racial discrimination once and for all!