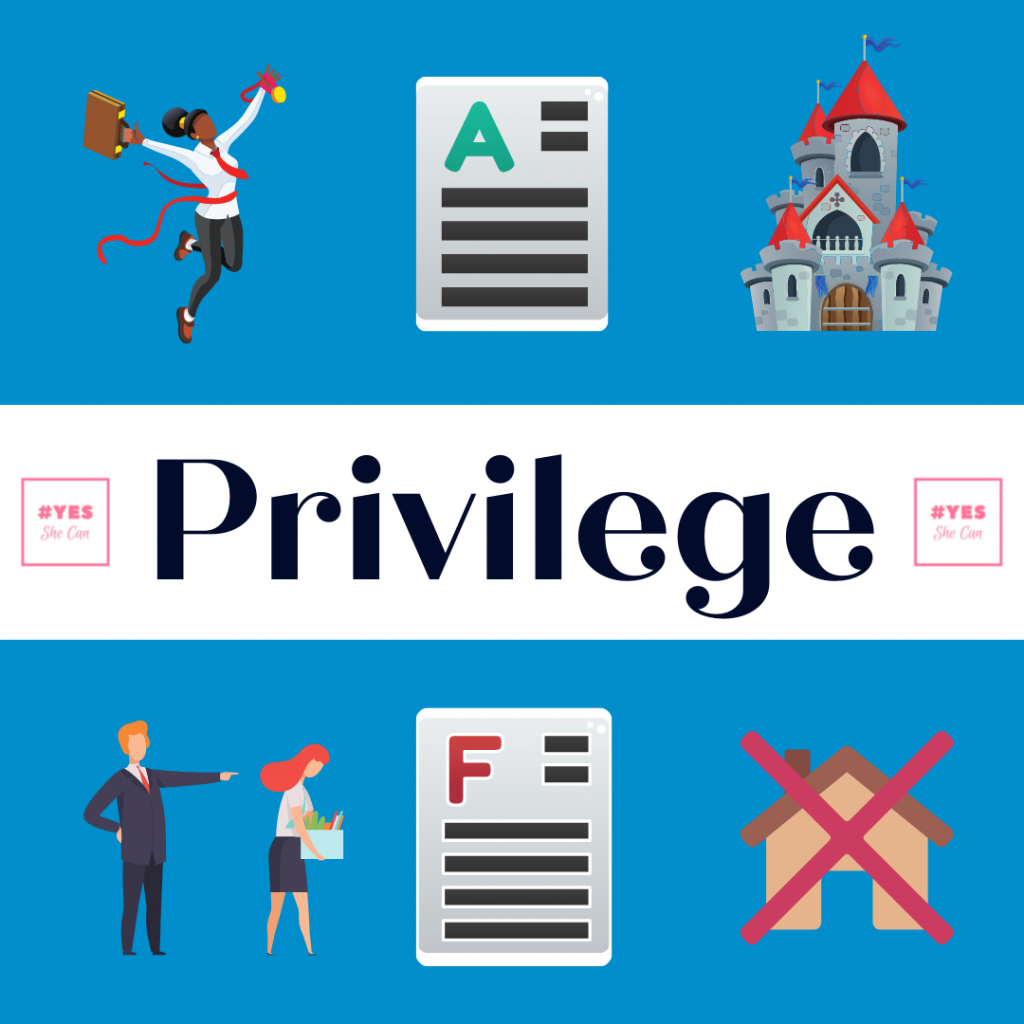 In this world there are people that have more and those that have less.

Many people believe that this is simply a part of life and there’s nothing that we as individuals can do to change it. However, this isn’t the case and we need to work to change this.

Privilege is a special right, advantage, or immunity granted or available only to a particular person or group.

Different types of privilege include (but are not limited to):

Having privilege(s) does not necessarily mean that someone is exempt from experiencing hardships in their life HOWEVER, it does mean that they have an advantage over other people due to the nature of their privilege within society.

A common misconception is to link privilege with wealth and possessions. Whilst this is not entirely inaccurate, you can be privileged in other ways (see list above).

Why you need to recognise your privilege

Recognising or ‘checking’ your privilege is one of the most important things we can all do. But don’t take it as a criticism or an insult, it is merely a reminder or a question to think about: How am I privileged?

To do this, you need to first accept that privilege does exist – don’t pretend is doesn’t. You could argue and tell people that it doesn’t because of your experiences but there in lies the point. Those are YOUR experiences, not EVERYONE’S experiences. The world may be BETTER in certain areas but by no means is it EQUAL.

Ignorance of your privilege is not something you should feel guilty about. You didn’t choose to be born where you were or brought up how you were. You may have faced struggles along the way and that’s fine.

The important thing is that you recognise the privilege that you have. This means becoming aware of other people and their situations and respecting it.

As a person with privilege, you need to speak up for those that do not. That doesn’t mean, listen to their stories, and then try to one-up them with your experiences. It means have empathy and try to find ways to help them.

How can I help the situation?

Being an ally means to be on the same side as someone or something even if you yourself are not affected by it. One of the most common examples of this is the idea of feminism. Contrary to popular belief, you do not have to be female to be a feminist. If you are a male and you believe that women deserve equal rights then you are part of the feminist movement.

This can be applied to any type of privilege. Show your support for other people even if you haven’t experienced any discrimination or prejudice as they have

If you see someone being treated differently because of:

Or any other form of bullying / discriminate / prejudice then…

YOU NEED TO SPEAK UP.

You could show you support by:

As mentioned earlier, until you make the decision to learn something you will remain ignorant around that subject. Of course, you won’t be able to learn everything regarding privilege overnight, but just try and make a conscious effort to better yourself in your everyday life.

You could begin by researching into any of the topics mentioned within this blog post to find out how other people differ from your own situation.

You could also try and have conversations with people you meet about their experiences and what they think other people, such as yourself, could do to make them feel more accepted.