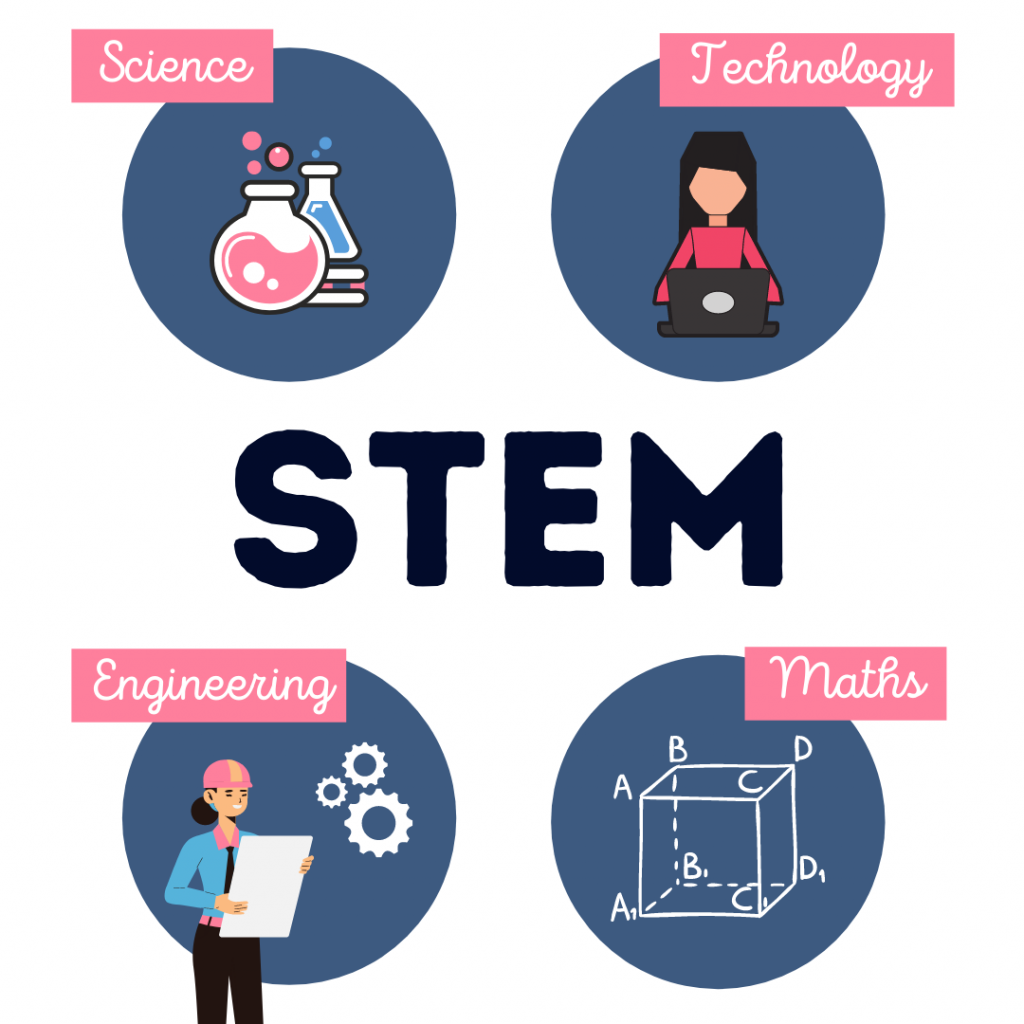 In the past few years, the term STEM has become more widely known than it ever has done previously.

STEM isn’t just a career, it is incredibly important both in the world of education and in terms of the impact on the wider world.

If you don’t know exactly what STEM is or why it’s important so we’ve together a guide below to answer some of the basic questions around this topic to help you become more informed.

Having a degree within these subjects helps with solving problems, developing ideas and conducting research.

Pearson describes it as:

‘a teaching philosophy that integrates all four disciplines together into a single, cross-disciplinary program which offers instruction in real-world (as opposed to purely academic) applications and teaching methods.

It’s a new way of learning. As a philosophy, STEM is meant to create a program that integrates all four disciplines in a way that forces the student to use cross-disciplinary knowledge to solve problems. You’ll rarely be given the explicit solution to a problem. Instead, you’ll often be required to use what you already know to figure out the right answer for yourself. This requires a significant amount of creativity and flexible thinking, as well as technical knowledge and mastery of each individual discipline.’

If you decide to study one of these subjects then you are technically part of STEM. However, getting a degree does not always mean you have completed a STEM programme—in fact, usually, you will need master TWO of these areas in order to have the best chance of succeeding within this industry.


Why is STEM important?

STEM take up a part of our everyday lives. As most sectors of work are often dependent on STEM areas of knowledge, this has the potential to cause a major impact on the economy if these roles are not filled.

It makes sense that there is a huge amount of importance placed on on increasing the number of people who can work within STEM industries.

According to Prospects Luminate ‘The UK’s STEM skills shortage is a well-documented phenomenon, costing employers £1.5billion a year in additional training costs, recruitment, temporary staffing and inflated salaries’ and the growth of STEM jobs to that of non-STEM jobs is growing year on year.

Indeed reports that the following jobs are all in high demand:

In the UK, only 25% of all jobs in STEM industries are held by women.

Why is there such a large gender gap?

To this day, a lot of people still feel that STEM, and the job roles involved, are mainly suited to men. If reading the list above you automatically thought of a man in most, if not all, of these roles then you’re are part of the majority —we have been socially conditioned over time to think this as the stats for men and women in this role haven’t changed all that much over the years, so not much has happened to change our perceptions.

As we say at YSC time and time again, if you can’t see it, you can’t be it and sadly, the world of STEM has mainly focused on male achievements instead of sharing the achievements of the great women in STEM.

If I asked you to name a famous person in a STEM field then you would probably say Einstein, Darwin, Newton or, in more modern times, Hawking, Musk or Zuckerberg.

Marie Curie
Discovered radium and polonium and made huge contributions to finding treatments for cancer.

Katherine Johnson
Helped to send astronauts to the moon thanks to her impressive mathematical skills. She is considered to be one of the most brilliant mathematicians to have ever worked for NASA.

Rosalind Franklin
British chemist who is best known for her role in the discovery of the structure of DNA, and for her pioneering use of X-ray diffraction.

There are some incredible female role models within STEM. If you want a career within STEM but not sure what area to choose then visit our website to get some inspiration!

So, why are there fewer women in STEM?

It can sometimes be the case where it is not that we are incapable of performing in a certain role but rather lack belief from ourselves and others.

‘Social belongingness’
– Meaning teenagers felt they would fit in better in subjects where more of their own gender already worked / studied.

‘Self-efficacy’
– The belief in your ability to succeed.
– So, you approach domains in which you feel you would be competent and avoid those in which you think you would not be. This could be due to a number of factors but studies have shown that a lack of role models and our own preconceptions about a career can hold us back.

– Both the male and female student had high self-efficacy in the HEED subjects, but boys chose not to pursue them.

– The researchers suggested the boys rejected the HEED options due to the low social value and rewards associated with it.

– On average however, the girls had much lower self-efficacy ratings in STEM despite outperforming boys across school subjects and so bought into the stereotype that girls aren’t as capable in these subjects.

If you wish to read the study in more detail then click here.

How to encourage careers in STEM

From the above study, it suggests that we are assigned our career paths from a very young age regardless, in some cases, of our ability.

So we need to encourage women in their lives, but especially during their time in education.


Give examples of women in STEM

We touched on this earlier but, it’s because it works. If you can visualise someone you want to be like then you can learn from them in how they were able to achieve their dreams.

It also breaks down the stigma that one job is suited best for one gender rather than the other.

Regardless of where you are in terms of your educational journey, you can get involved with other people who share similar aspirations to yourself.

Now, of course, we don’t expect you to know what you want to go into for a career but the sooner you start to discover different options, the more choices you’ll have to pick from.

Why not put together some after school programs or invite STEM professionals in to give a presentation on their careers? This allows a chance for questions to be asked and for careers to be discovered. Someone might not have heard of your job existing but the moment you talk about it, they think: ‘That’s the career for me!’

For those in higher education / university, try and find a society that focuses on STEM or a similar area to it. If there isn’t one then try and speak to a tutor or fellow students to see about setting one up? If there were enough of you interested in joining a society around STEM then surely it’s worth trying to set one up?

Visit our website to read more about our #YSC role models in their STEM careers!

PrevPreviousJo Kemp: “Even though your life may change direction and it may be more challenging, it can be just as enjoyable”
Next#YesSheCan In-Depth: AffirmationsNext
#Yesshecan