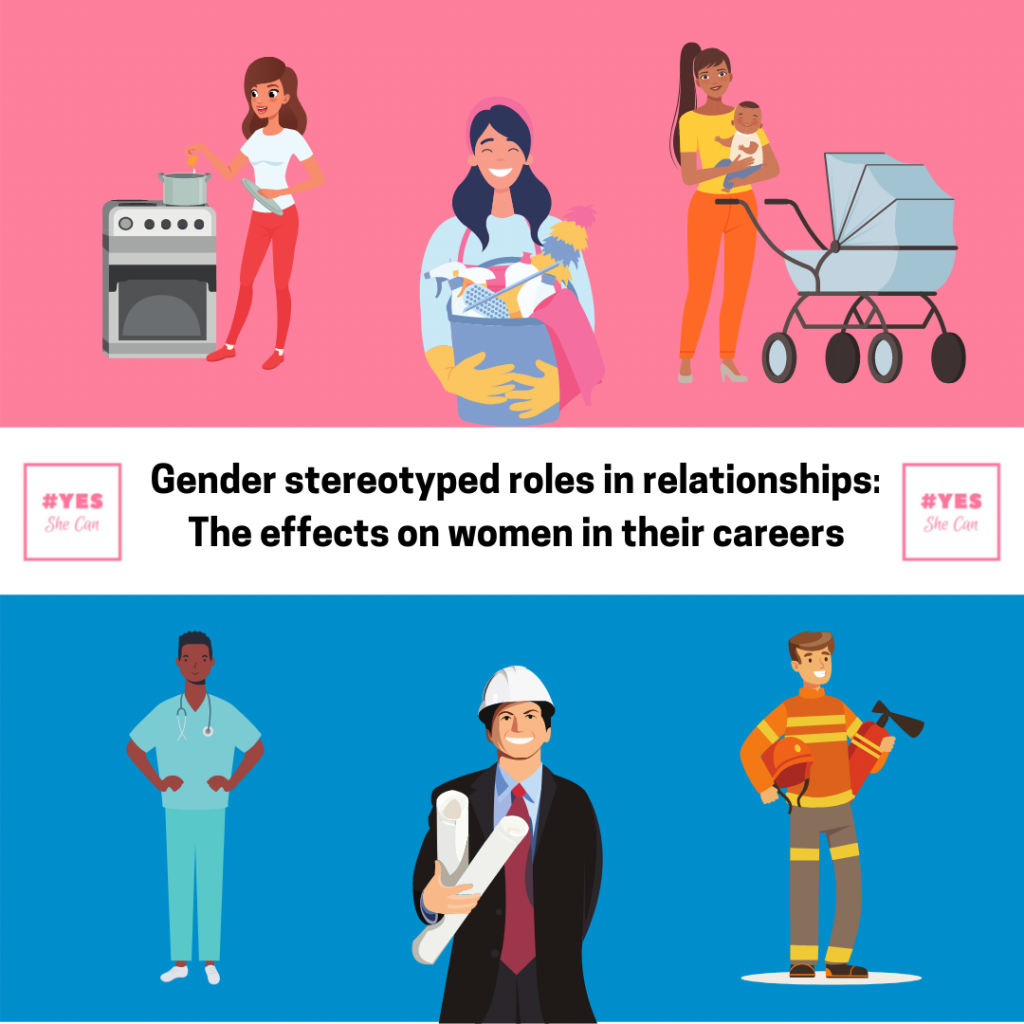 Around 100 years ago:
Radios were the main source of entertainment.
Children received the cane in schools.
Being gay was illegal.

Women typically worked as teachers, nurses, maids or at home looking after the house and the children…
…whilst men worked as farmers, doctors, lawyers, and bankers.

Around half of women in professional occupations in 2020 were employed as nurses, teachers, or other educational professionals whilst men were working as managers, directors or senior officials.

So despite such notable differences in society over time, the majority of women are still in the same roles. Note the word: MAJORITY.

We know that some of you reading this may not be in these roles. But, it begs the question as to why there has been so little change over such a long period of time.

You may read the above and think ‘well, at least women aren’t the ones predominately looking after the home and kids anymore’.

A recent study from UCL (based on data from the UK Household Longitudinal Study) found that 93 percent of women still do the majority of the housework AND, even when both men and women have full time employment outside of the home, women are still five times more likely to do housework for at least 20 hours per week.

For the seven percentage of cases where the chores were shared equally, this was usually because the woman was the main breadwinner.

So what are the effects of this?

Often the reason that women are able to take on household and childcare responsibilities is due to the jobs they find that allow them to do this (a.k.a part-time jobs). According to the UK Parliament, women make up the majority of part-time employment (38%), compared to just 13% of men.

Having tasks to complete both at home and at work will eventually lead to mental or physical strain which then means they feel unable to gain extra hours or even stick with the current hours they have resulting in more and more women handing in their notice and leaving the world of business. This is supported by recent figures that just 27.8 percent of women were in full-time or self-employed work three years after childbirth, compared to 90 percent of new fathers.

Even worse, 17 percent of women left employment completely in the five years following childbirth, compared to four percent of men.

Furthermore, having children decreases the chance of getting a promotion for women compared to that of men. A report from the universities of Bristol and Essex found that women who returned to work, after becoming a parent, were two thirds less likely to get promoted in the five years after the child was born. In comparison, 26% of fathers received promotions or moved to a better job.

Adding to the gender pay gap

When the decision comes for who should stay at home to look after the kids or find part-time work, it is usually the person who earns less (usually this is the woman).

Whilst there is complete logic in doing this financially, this in turn creates a continuous, never-ending cycle of the gender pay gap.

There are different studies all around this same area of discussion. Below are just a few example findings for why the gender pay gap still happens today:

Even when comparing women against other women, there is a pay gap.

In 2017, research was conducted at the University of Paris-Saclay measuring the earnings difference between women with children and women without children and found it to be, on average, 3% per child.

So what can be done to help?

Interestingly, same-sex couples, have a much more equal distribution compared to heterosexual couples, since there is no obligation or stereotype over who performs which roles in the relationship.

This suggests that neither gender should be shifted to complete tasks over another. We are all as capable as our opposing gender.

If this resonates with you then it might be worth finding time to sit down with your partner to discuss your feelings around this topic and hopefully, in doing this, find what will work best for your relationship.

Your career should not be held back because you take time to care for your children. You deserve the same opportunities as someone who doesn’t care for children.

PrevPreviousMaria Brancati – You are only as good as your team
NextHow do you feel present in both finding the balance of work and being a new parent ?Next
#Yesshecan