#YesSheCan In-Depth: The Importance of Education 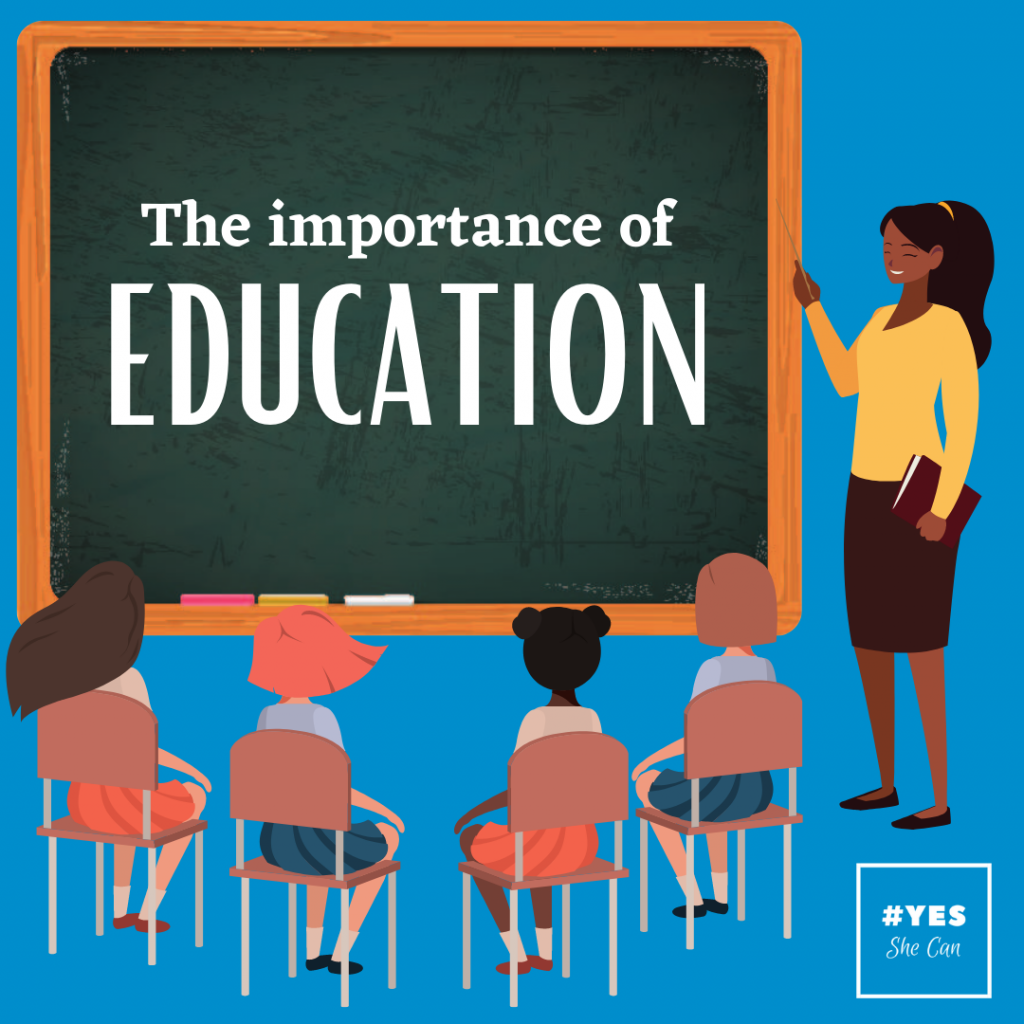 If you were fortunate enough to receive an education when you were younger then you’re already different to the millions of children around the world today who are either not able to attend a school or are denied the chance to learn.

Sadly, according to UNESCO, there are currently an estimated 130 million girls between the ages of 6 and 17 out of school around the world.

As with many topics we discuss at YesSheCan, it never fails to amaze how many outdated ideas about women, when they are compared to men, are still prominent in today’s society.

Why are girls being rejected from places of education in a time when so many industries around the world are lacking both in staff numbers and diversity within their workforce? This holds no advantages to anyone! The results are companies going out of business, higher unemployment figures and a pattern that is set to continue into the future if change is not made now.

This piece will look at the importance of education and the advantages of allowing young females to learn.

Why does this happen?

Depending on the country where girls are brought it can have varying factors as to why they are unable to learn. Some examples are:

Even if you are fortunate enough to receive an education…

And then if you make it into the world of work…

The world is not equal for women.

“But that only happens in poorer countries—not the UK”.

Whilst certain issues such as child marriage are far more prevalent in other countries, there are still around 137,700 children in the UK missing school due to poverty (most notably period poverty). And, there is no shortage of girls born into families with financial problems. Even for girls that do attend school, the gender gap in learning and skills development still occurs today.

But, even if UK girls had no problems in regards to their educational situation, does that mean that we ignore girls in other countries that are struggling?

EDUCATION IS A HUMAN RIGHT.

No matter who you are or where you live, you have a fundamental human right to education.

It’s protected in Article 26 of the Universal Declaration of Human Rights.

What are the advantages to more girls receiving education?

Change For the Next Generation

Without access to education, girls aren’t able to learn new skills that would help to create change. If there do then not only would they be able to make changes for themselves but also for their future children (if they choose to have them) and in their careers. The more girls given this opportunity means large proportions of their communities will follow suit and, hopefully pass on these new standards for the benefit of future generations.

Breaking the cycle of poverty

By staying in school, a girl will be more likely to increase her income earning potential meaning she will have the means to build a better life for herself.

When looking at the impact on the world, according to UN Women, it has already shown to be an incredibly advantageous for businesses. By increasing employment and leadership opportunities for women, this has been shown to increase organisational effectiveness and growth.

It is estimated that companies with three or more women in senior management functions score higher in all dimensions of organisational performance.

I want to learn more to try and help:

The following sites have more information around this subject and ways in which you can get involved. Click on any link to discover more:

The Free Period
CARE International
The Malala Fund
CAMFED
Girls Opportunity Alliance
Women1One
PrevPreviousJulie Linforth – When someone tells me I can’t do something, I love to prove them wrong!
Next#YesSheCan Unpacks: Shut Down Imposter SyndromeNext
#Yesshecan