#YesSheCan In-Depth: Why Is Coaching Important? 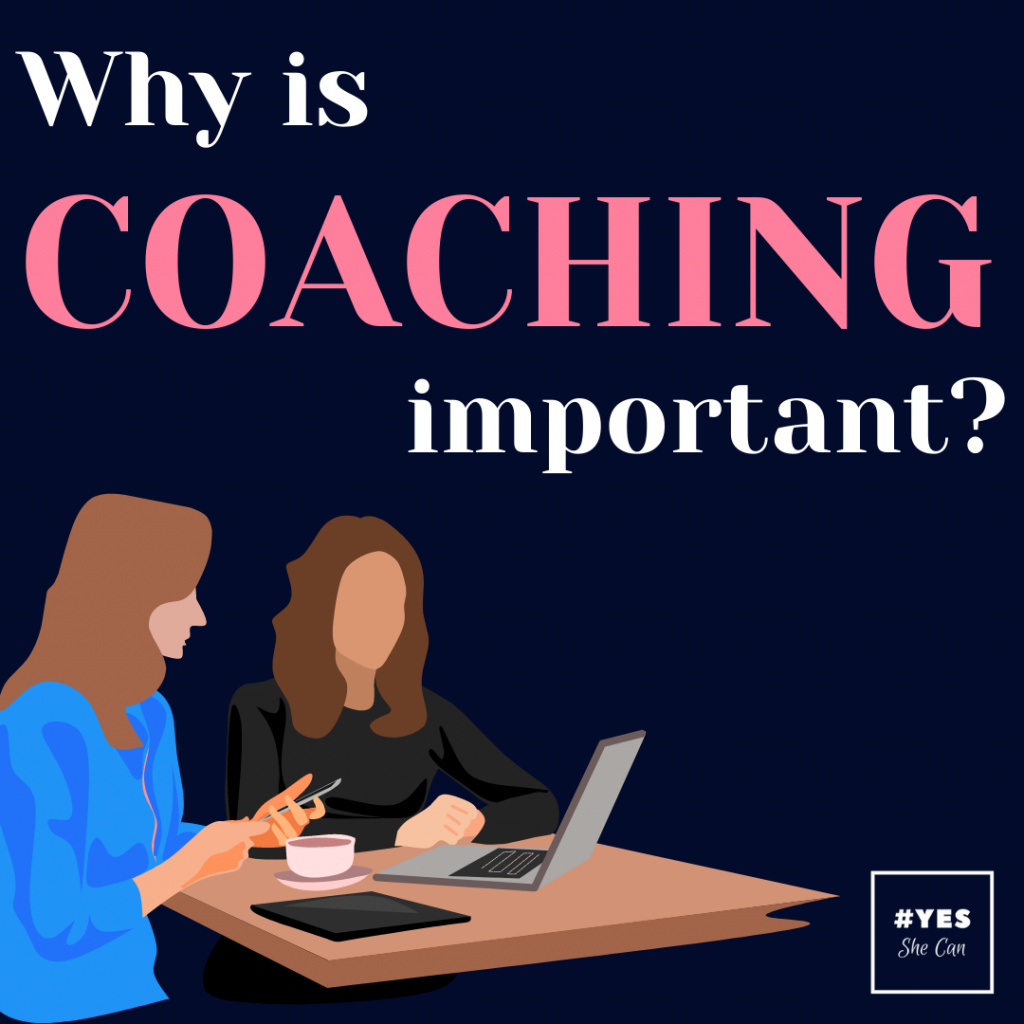 Coaching is used in different places in life but, despite the many benefits it offers, it can sometimes be forgotten about or under-utilised in the workplace.

When we think of the idea of coaching, this can also be thought of as a tool that is only suited for those just starting in a business or new role but, the reality is that we are all learning, all the time and so coaching is a technique that we need to be using in all levels of a work environment.

When employees are performing the same job, day in, day out, they will inevitably reach a point where they feel bored. This can lead to higher levels of unproductivity and more team members feeling disengaged with their tasks which can cause a loss in profits for your business.

Coaching is a great thing when it comes to solving the above problems.

When you first hire someone, they may have made a great first impression and have all the credentials on paper but, when it comes to performing in the workplace, they’re not quite what you expect.

In this situation, coaching would be used to help employees know what to do and how they should be doing it. If they are made aware of what they should be aiming towards and how to get there, they’ll more likely to be productive.

One of the main problems that companies can face is a high rate of absenteeism. Preventing this this will mean businesses won’t have to continuously spend time and money training up new people in the same role with differing levels of knowledge.

At YesSheCan, we believe ‘if you can’t see it, you can’t be it’  so, providing a coach or mentor for team members means they’ll always have someone to go to if they have any issues, problems or questions. And, research has shown that having a coach will often build trust and make employees feel welcome. Also, if someone knows that there will be regular check-ins with their mentor, and they have set targets to complete before that meeting, it will motivate them to perform as efficiently as possible in order to get them done.

With coaching, you’re not only helping team members one-on-one but, you’re also training them on how to fend for themselves if any problems were to arise without their coach being around. Over time this will see them grow in confidence and become less reliant on other people.

This is beneficial to all parties since: the team member will have learnt new skills; the coach will have more time to complete their own work; the company will see an increase in productivity levels.

What are some ways to coach within a business?

If you don’t give feedback then how can anyone be expected to know if they are performing below, on or above average?

If they are performing below target then you need to coach them on ways to improve or, offer assistance and show how you can help them.

If they are performing on target then this is good but, this will also highlight to you that they might be capable of performing more. Try and give them a few more responsibilities.

If they are performing above average then this is great but, be sure that they’re not over exerting themselves or taking on too much. They might be able to cope with it now but, if it gets to become too much for them then this could lead to burnout.

Provide surveys on ways to improve

Make this anonymous so your team won’t feel uneasy if they have something to say but fear it may be held against them if their identity was known in relation to it.

You can do this either online or through a written form—whatever you prefer!

Following on from the previous point, you could hold a meeting where you ask everyone to write down something they’d like to discuss and then collect them all together and put the comments into a box. You then read each of them out loud and see how many you can answer or provide information on. This again would allow for anonymity.

No one is perfect so, when you’re coaching someone new, keep this in mind. We all make mistakes but, often it’s in making those mistakes that we learn far quicker from them.

Don’t crush someone just because they messed up on one task. This will just make them feel incompetent and useless. Instead, try asking them to explain what happened and how it went wrong. The thought process could be completely logical but they may have missed a couple of steps in order to perform effectively. Show them how they could improve next time and provide any other suggestions for their work.